Help me ID this ww2 cover 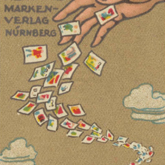 Help me ID this ww2 cover

Good morning to all the members of this forum, I am new and I want to clarify that I do not speak English very well (but I can read it) and I am using Google translator to communicate with you.
The main question is about an envelope that I bought recently; it is directed from Argentina to Spain in 1944 and has three censorship marks: English, American and Spanish; and a huge amount of postmark on the back.
What I want to ask is if someone can help me identify the whole tour that he did and why he has three censorship marks.
The envelope data:
Censorship marks:
- "OPENED BY EXAMINER 5223" (I think the number corresponds to New York).
- "OPENED BY EXAMINER IE / 8011" (I think it corresponds to Trinidad)
- "Censura Postal Gubernamental / Vigo" and number "553"
Postmarks:
- Loberia, Buenos Aires, Argentina (September 22, 1944).
- Certificate, Vigo: January 17, ¿1944? (or 1943); January 25, 1945; May 17, 1945; May 16 (¿or 18?).
- Certificate, Coruña: January 27, 1945 (¿or 1944?).
- "Estuvo en Lista".
It has a new address in red and blue markings on the back.
Greetings and I hope I don't disturb you too much. 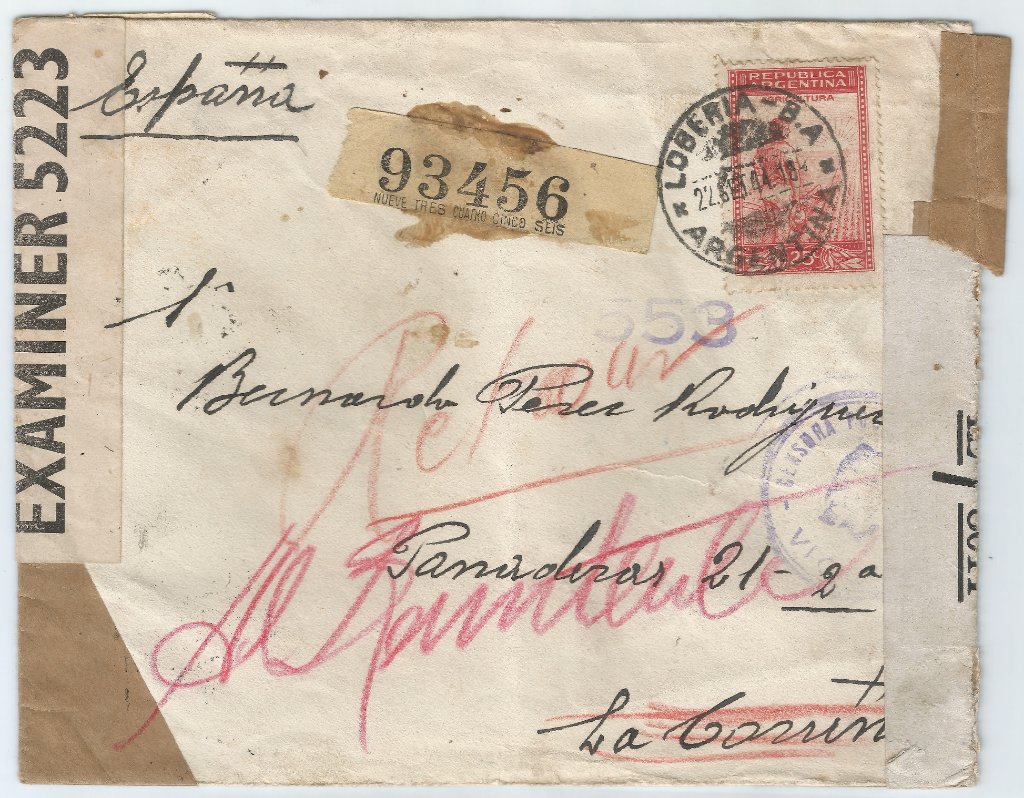 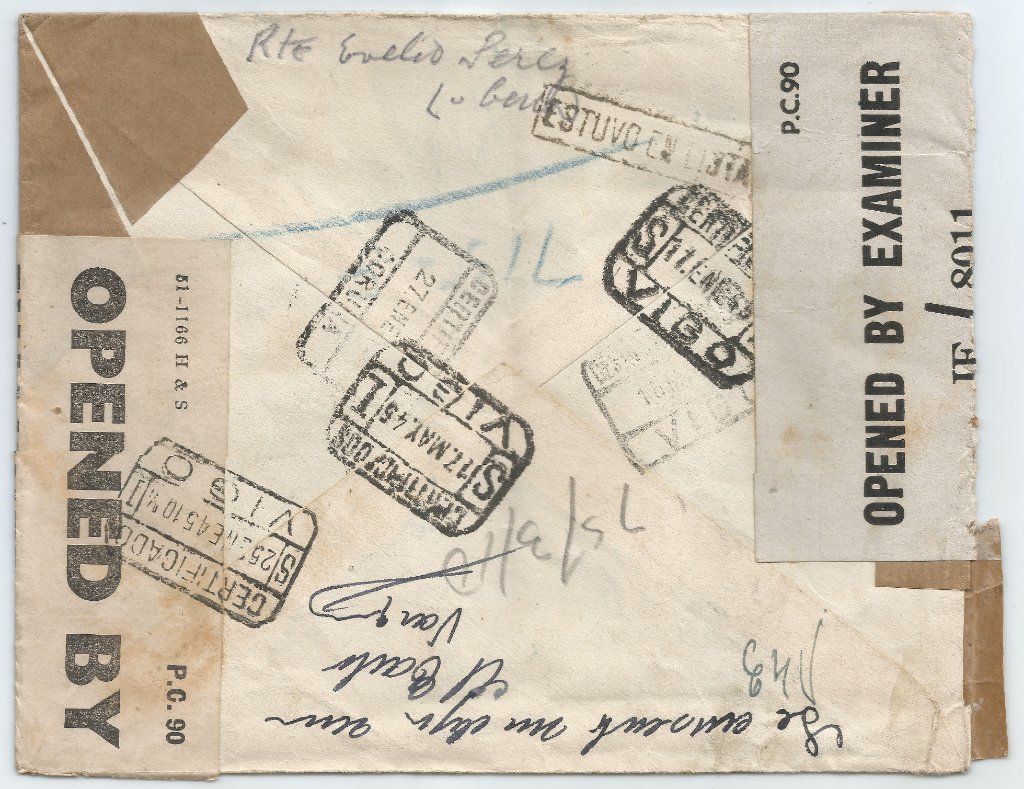 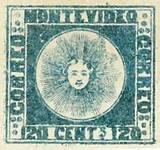 Re: Help me ID this ww2 cover

The two labels are both British type. The IE/8011 is from Trinidad (as you correctly say) and the 5223 was applied in the United Kingdom on the way out to Spain. The Trinidad one was applied later (over the postmarks) on the return journey. The purple mark is presumably a Spanish censorship mark, probably from when the letter arrived in Spain, before being returned.