Thankyou both. Can you please tell me the location.
mobbor
Top

My crystal ball is inactive when used to determine/identify the post offices that used many of these early cut-downs.
Time to quit. Was told what I should collect.
Top

Posed by Kainnikanada in another thread


Kainnikanada wrote: ↑
30 Aug 2021 08:33
I'm assuming, based on the return address, that this NSW cut-down relief date-stamp was used at Marrickville. Alternatively, it could have been posted at another location along the sender's route to a destination outside Marrickville. This seems to be the first documented usage at this post office. 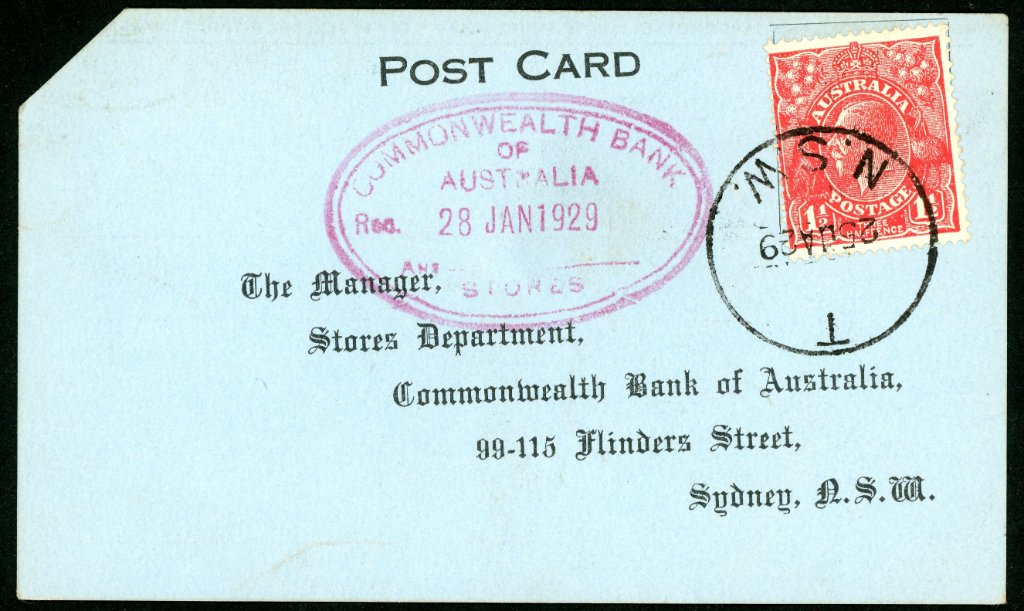 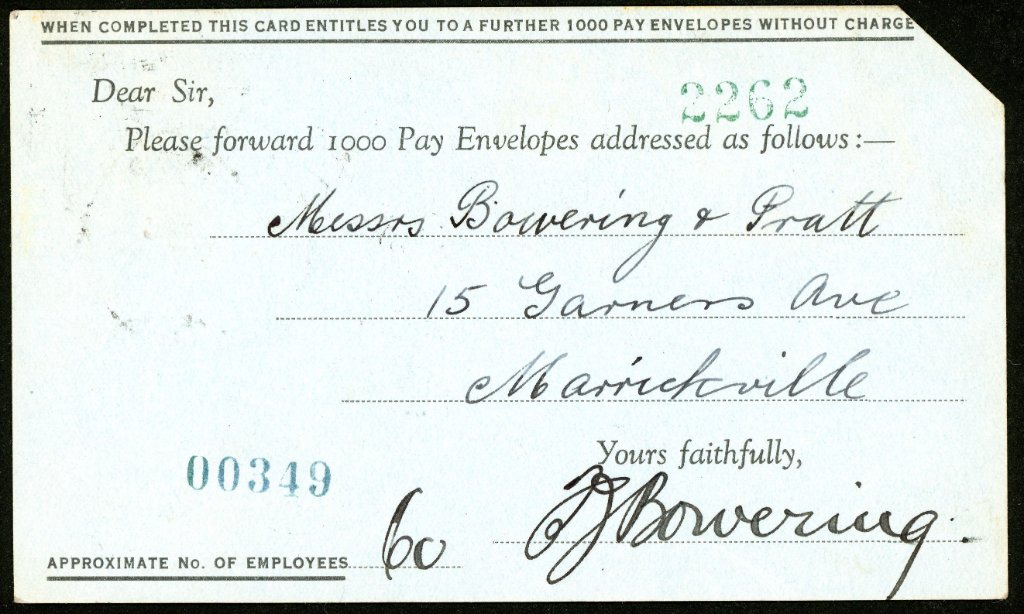 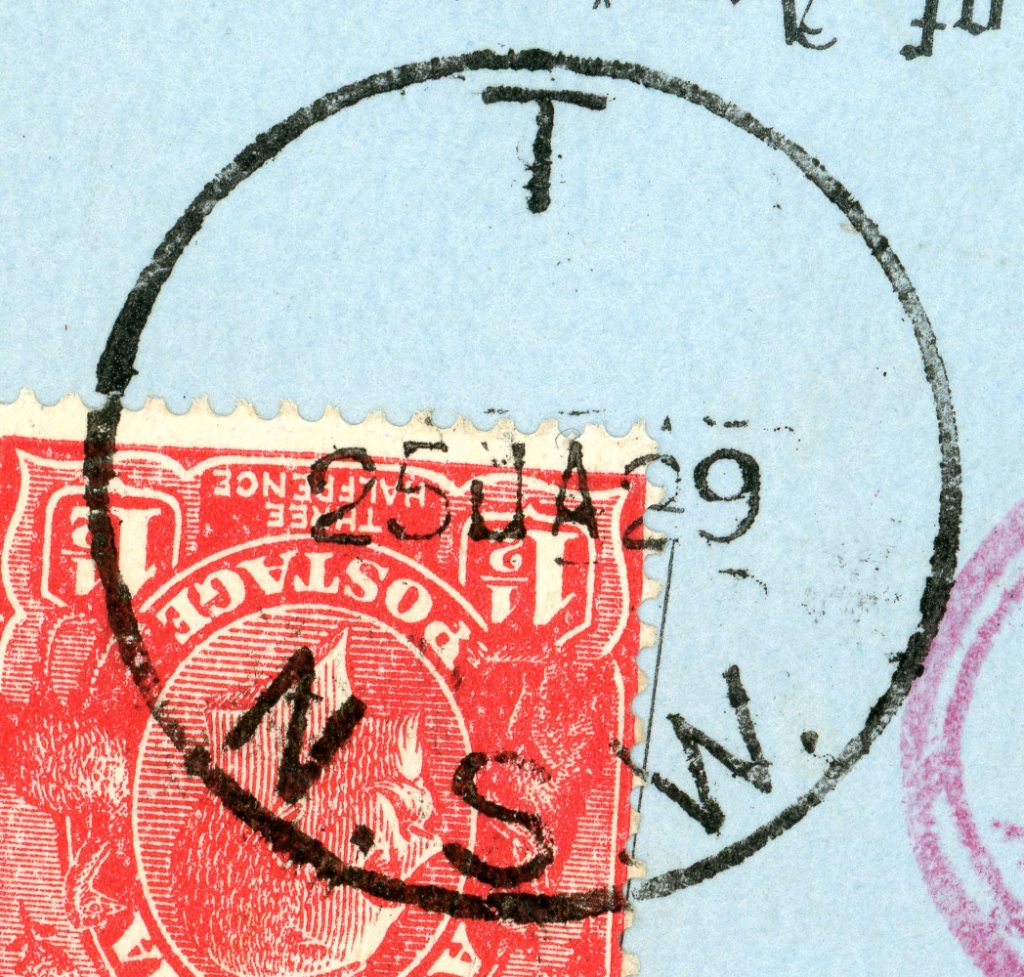 Your package with the reliefs from the Gartner auction arrived today. Have begun cataloguing and scanning.

Thanks.
Time to quit. Was told what I should collect.
Top 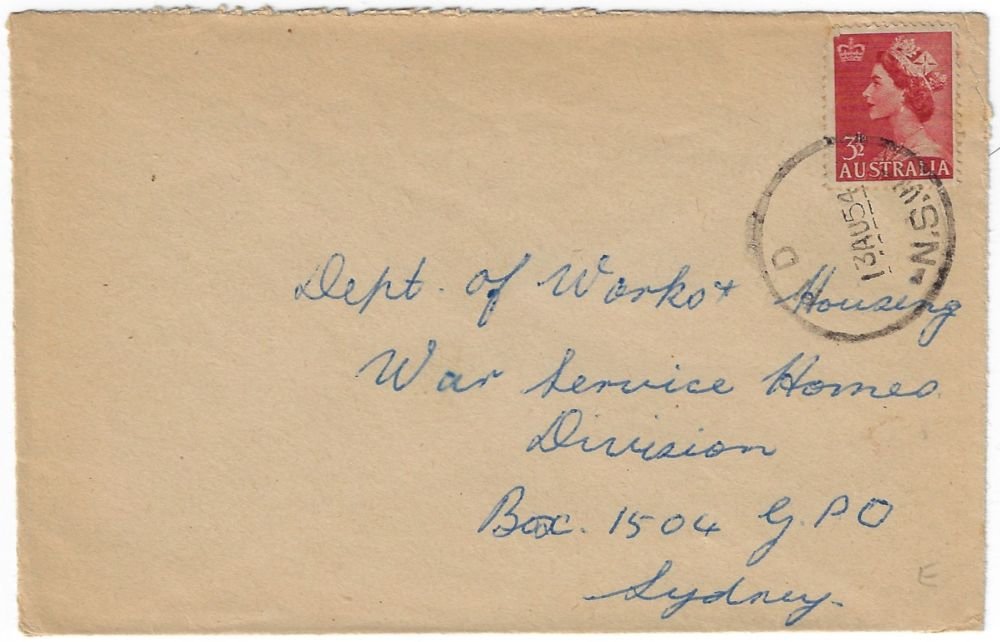 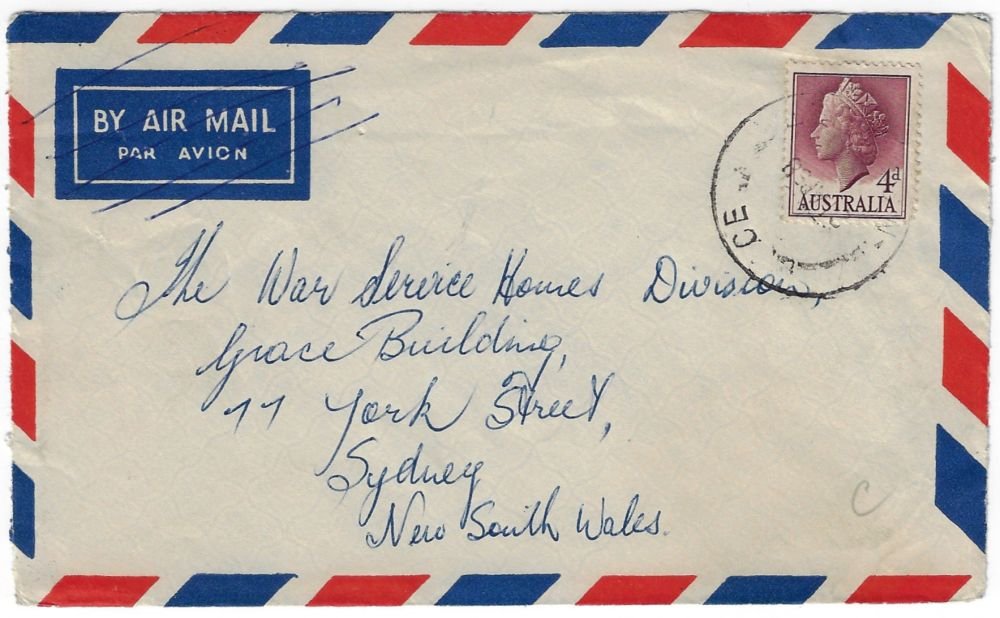 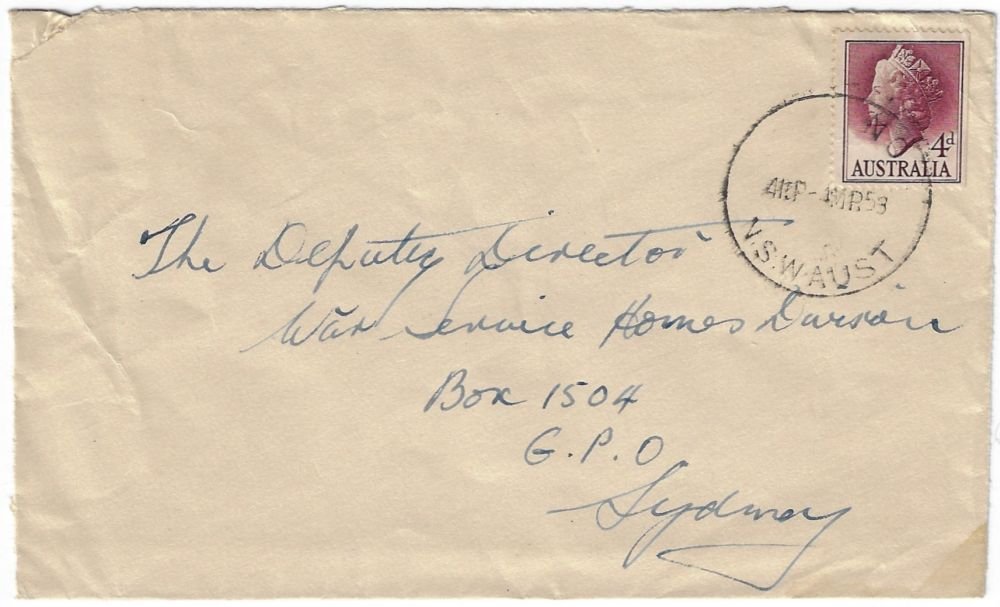 Perhaps "D", "CE", and "NO". All three covers were postmarked in New South Wales.

Here are a couple of early 'M's that slightly precede mobbor's example.

These are from the Gartner lot Josto kindly sold to me. Numerous early usages that push back the time lines. Seems most of the collection might have been acquired while the date-stamps were in use since several types have strikes over several months.

Time to quit. Was told what I should collect.
Top

Was the Letter B from this acquisition a new type for you and a general question, am I correct in assuming that there are not a lot of these early reliefs that have survived the passage of time?
Big Tones
Music to my ears
Top

The apparent 'B' cutdown you're referring to is currently under analysis. Since I was recently embarrassed to learn that another 'B' type I thought might have been a cut-down turned out to be a poorly struck 'BELL' date-stamp I'm a bit gun-shy to call this particular strike a new type. I'd be remiss if I didn't ask for an opinion from our members. 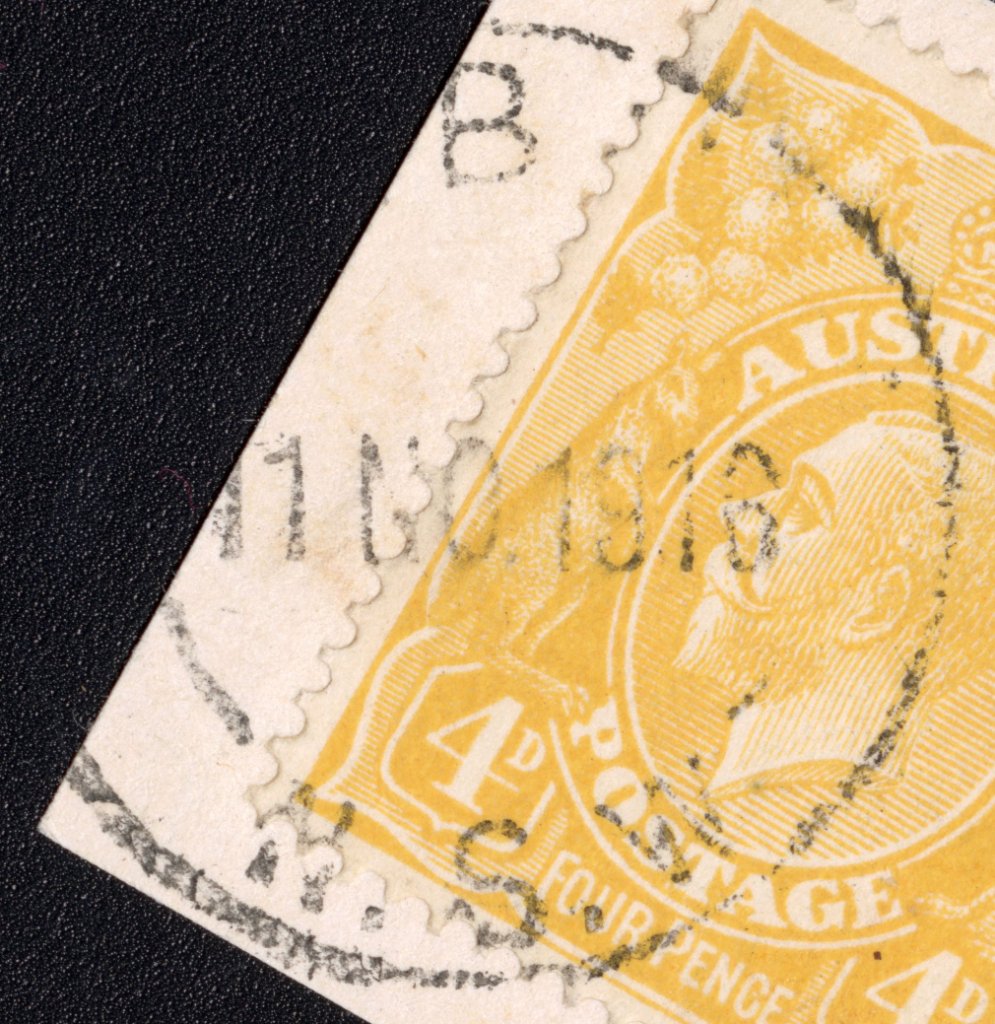 Here's Tobin's description of a type 2(i) date-stamp:

Strangely, this is the first Tobin type 2(i) apparent cut-down I have seen. A search through the articles by Leek, Stobbs & Tobin produced no results. The first pair of authors do not differentiate between the types of NSW date-stamps with only 'NSW' in the base - i.e. various combination of full stops, single/double bars etc. Ergo, the example shown above might have been described. Leek's earliest listing for cut-downs is the 1920s decade so he didn't see an example. Stobbs published later but didn't tabulate usage by decades. Tobin's authoritative articles referred to only a single known cut-down used prior to 1920. This was an 'O'.

Recently (2015) Cowley summarized Tobin while incorporating items from his collection and various other sources including PHILAS' 'Bruce' collection. I found only a single reference to a cut-down used prior to 1920 - a 'V' used ca. 1919. Cowley does not utilize Tobin's nomenclature.

When I began my collection about a decade ago I assumed extant strikes of cut-downs prior to 1920 were rare based on the preceding three authors. As I am gradually acquiring numerous earlier usages, with the help of several Stampboards' members' posts, I am concluding these cut-downs are relatively scarce (pre-1920) but were extensively used and require quite a bit of research efforts.

This old-time collection that Josto sold to me was most likely initially assembled while some of these cut-down date-stamps were still current. The latest date is around 1948 but most are either from the period 1915 - 1930 or slightly later.
Time to quit. Was told what I should collect.
Top

Yes I can well understand your hesitancy to make a call on this one. It appears to have been so lightly struck that much of what is the right-hand side of the date stamp impression is absent.

That said, there is some evidence of what might have been there in the dots appearing inside the outer rim on that side.Unfortunately not enough to be helpful.

I don’t think that there is even sufficient upon which to make a call with any certainty, as to what type the date-stamp is.

On the face of it, the type you have illustrated may be a little early to have become a cut-down.

Thank you for sharing and I hope that one of the experts can help you.
Big Tones
Music to my ears
Top

The earliest published listing of cut-down reliefs seems to be Leek's article in 1951 from "Philately From Australia". It was quite extensive beginning with special purpose reliefs that were not cut-downs seen used ca.1913-14. He listed known usages of all cut-down reliefs by decades only starting with the 1920s. It appears he had not known of any earlier documented usages.

His 1965 "ACCCNSW Bulletin" supplement updated the 1951 article including a reference to the earliest known cut-down of an "O" used in 1917. Notwithstanding this date, his table of decades of usages for all NSW reliefs still began with the 1920s i.e. no column for the 1910s decade.

Stobbs, in a 1955 article in "The Australian Stamp Monthly", published a summary of NSW cut-downs that was less extensive. It did not list any specific decades of usage.

Tobin's more comprehensive listing of cut-downs was published in a June 2001 "ACCCNSW Bulletin". Unlike both Leek and Stobbs, Tobin identified cut-downs by differences in their base letter configurations. He mentioned the "O" documented by Leek and supplemented this with an "L" seen used in 1921. These were the only two early usages known by Tobin.

Since I began collecting these types of date-stamps some 12 years ago I have collected several early usages and have managed to gradually push back the known earliest usage dates of several cut-downs. Stampboards' members have also contributed to these discoveries. Just recently Josto's on-selling of that Gartner lot to me has provided even earlier strikes.

Below is shown the early usages either seen in my collection, posted by Stampboarders or elicited from auction listings provided by "collectrix" or from my ongoing research. "Grange" also kindly provided me with scans of items from his collection. 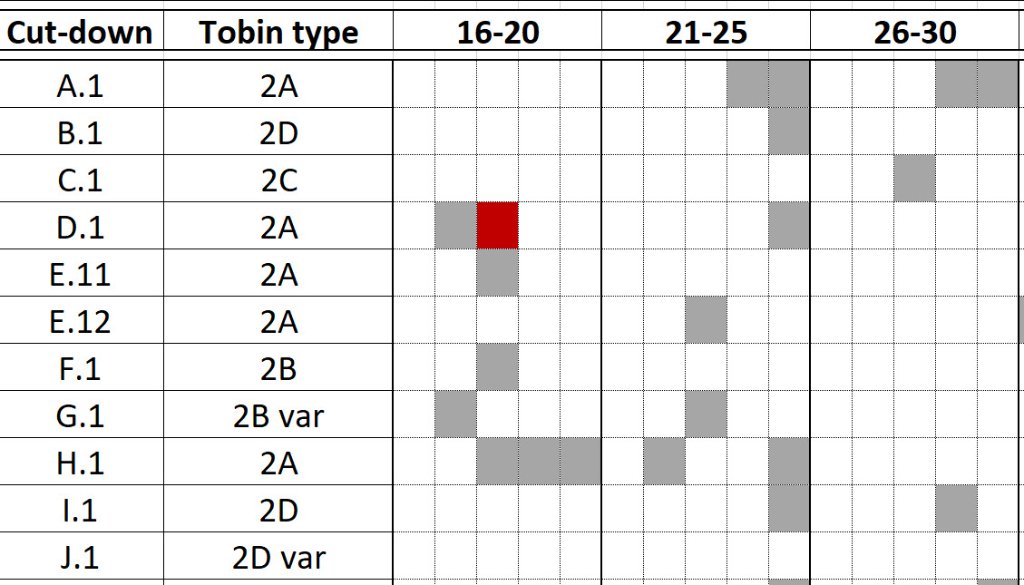 From the above table, although the information is not extensive or exhaustive, numerous single-letter cut-downs were in use well before 1920. If one can assume the postal authorities began with single letters and only moved on to double letters (ca. 1925) when the singles were exhausted, we can conclude there remains many more discoveries of early usage - especially in the 1916-20 period or perhaps earlier in the 1914-5 period as well.
Time to quit. Was told what I should collect.
Top

Thank you for sharing this. It does seem that there are many unanswered questions with these relief date-stamps, not least being the source date-stamps which were cut down and did they start at A and work through to Z in this series or was it a more haphazard or random approach.

Over the years I have discarded many partial cancels which, now with the benefit of hindsight, perhaps I should have examined more closely. I will in future.

Good luck with your work.
Big Tones
Music to my ears
Top

According to Tobin, the first specifically engraved relief date stamps (not original ones intentionally modified by removing most of the place/post office name) were made in 1914 subsequent to the last issue of numeral obliterators. These were "POST OFFICE No. 1" & "..No, 2" He never quoted his source. Last year I obtained a "...No, 1" dated JL 1913 that contradicts his source. If we can assume this as a starting point then cut-downs might have been subsequently manufactured. The 1915 date in my table is from an auction listing from Aero Collectibles - an identification I cannot confirm. I have several "M" 1916 dated relief strikes and mobbor recently posted another.

As to the order of the alphabet identifier there is no record of manufacture/reissue as a modified date-stamp. The table I posted previously doesn't seem to indicate an alphabetical order. Probably random dependent on fortuitous availability of a potential relief candidate with a single letter near the 12 o'clock position.
Time to quit. Was told what I should collect.
Top

I've begun preparing an article for submission to both ACCCNSW & BSAP that shows the early usages of numerous cut-down reliefs shown in the previously posted table. These examples have pushed back the beginning period of cut-downs. So much that I have to re-evaluate some of my observations regarding the Tobin types modified.

Originally I assumed, due to scarcity of some strikes, that all cut-downs originated from Tobin types 2A, 2B....etc. While reading Tobin's monograph on NSW postmarks I noted that several types I had initially allocated to type 2A are actually earlier dated type 2s e.g. 'G.1' and 'V.1'. This could make the 'B' seen in the Gartner auction lot a potential candidate as an early cut-down. Below are these 3 Tobin type 2s - difficult to categorize since Tobin noted that one contract engraver, named Falk, sometimes manufactured hybrid types not fitting into any one category. Of the 3 seen below only the 'G' has multiple extant strikes. The 'B' and 'V' exist as solitary examples as far as I know.

These earlier types do pose a numerous interesting questions. When were they first introduced and is it possible that they were in use prior to 1913 when the "POST OFFICE No.1" and "...No.2" were issued beginning in 1913? Were other letters used from these types? Note in my table the absence of early usages of 'A', C', 'I', 'N', 'S'. 'T' & 'W'. Last question is: Were they issued in alphabetical order? Big Tones asked this question quite recently.
Time to quit. Was told what I should collect.
Top

All good questions and I would be really surprised if the answers are not to be found in the research previously carried out by some of the Australian luminaries that you have mentioned. People like Leek, Tobin, Hopson etc. we’re very thorough with wide connections and access to records that we could only dream of. Hopson worked for the post office.

Like I previously said, good luck and I hope you are successful.
Big Tones
Music to my ears
Top
Post Reply
614 posts