Whether we own them or not we all love LOOKING at philatelic Gems and goodies. Add your favourites today. Add your comments WHY this stamp or cover or item is superb or unusual. Or lift them from an auction site to share with other members, if that does not breach their copyright notice. 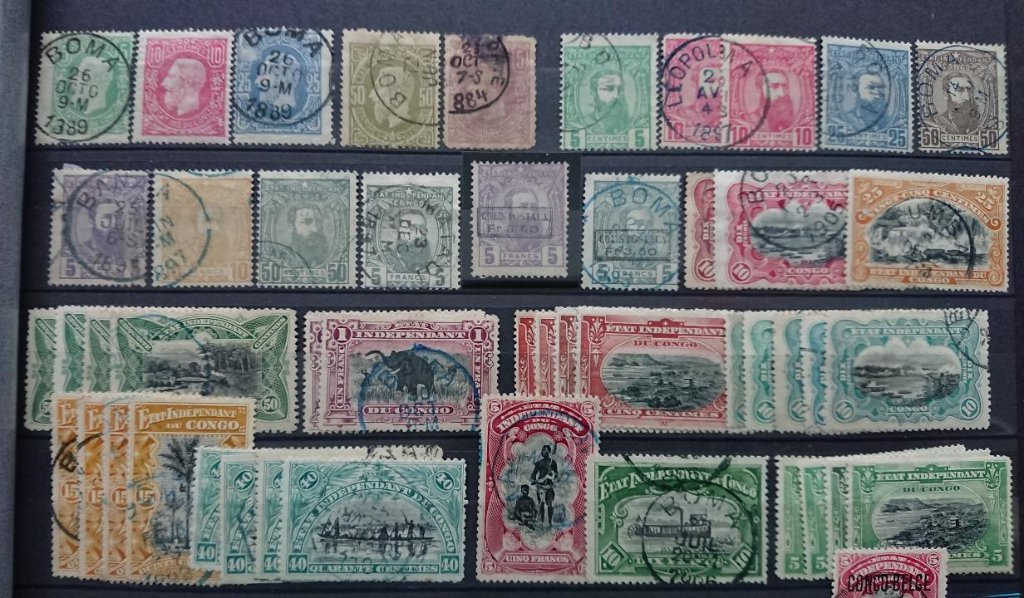 Congo Free State. King Leopold II wanted a colony for Belgium for various reasons. Personal gain, ambition to make Belgium great, economic and financial power for Belgium, concern with most European countries having colonies, Belgium would end up without a colony. Strangely, he never put a foot there!

Perhaps lesser known is the fact that before Congo, he tried to get his hands on other territories like Kreta, Cuba, North Borneo, Fiji and New Guinea.Under the siege of Leopold I Belgium got very close to kolonise Hawaï.

After it was clear the situation for the local people was very bad, he had to hand over the colony to Belgium in 1908.

About the stamps, there are some rarities in here, the parcel overprint I have certificates. The 5Fr on top row which is in bad condition is most likely a forgery. The "doubles' are perforation variants. Perforation goes between 11 - 16 and everything possible in between... at least for a number of stamps. 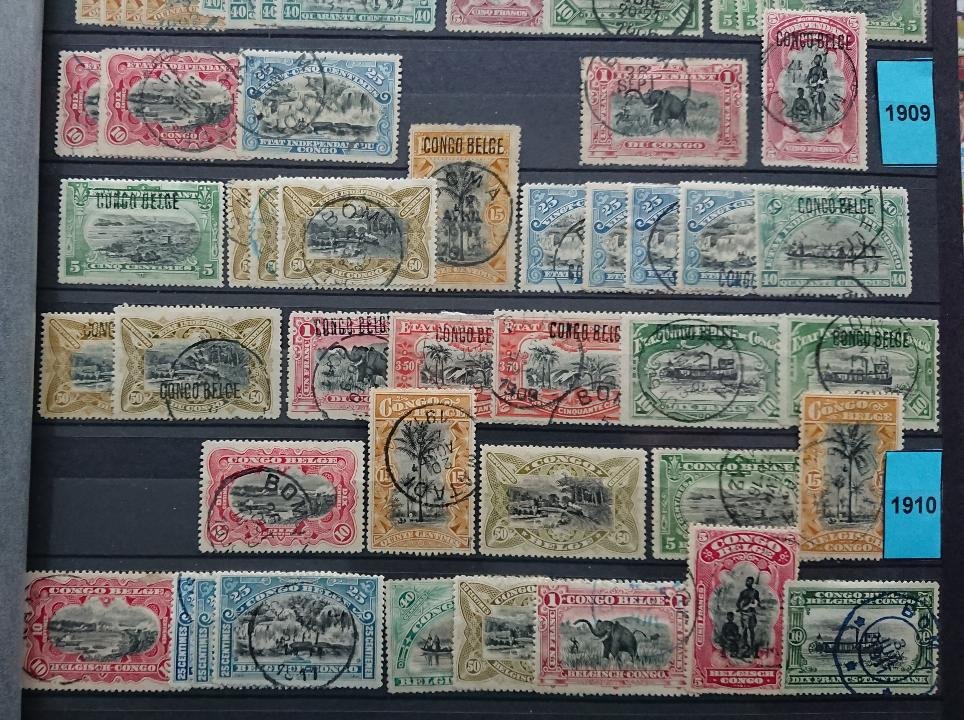 So when Belgium took over, the stamps were overprinted. Unfortunately I am totally not an expert. I may distinguish between manual handstamped and typographic overprints, but still hard to see.

Furthermore there are 8 types of handstamped overprints done in Brussels, and again 8 types that were handstamped in Congo. Belgian catalogue does give a good explanation, but because these handstamped were not always nicely done, it makes it even more difficult.

Third row 2nd 3,50Fr is definitely manual handstamped, and should be type n°3

An interesting was on the third row is the first 10F which has perforation 14¼ for which my catalogue does not even give value for used. It does give for MH manual overprint 910 euro or typographic overprint 380 euro. But I can't find out which one it is. I might take a few good scans in the future and ask if there are experts here.

Again, most have perforation variants. 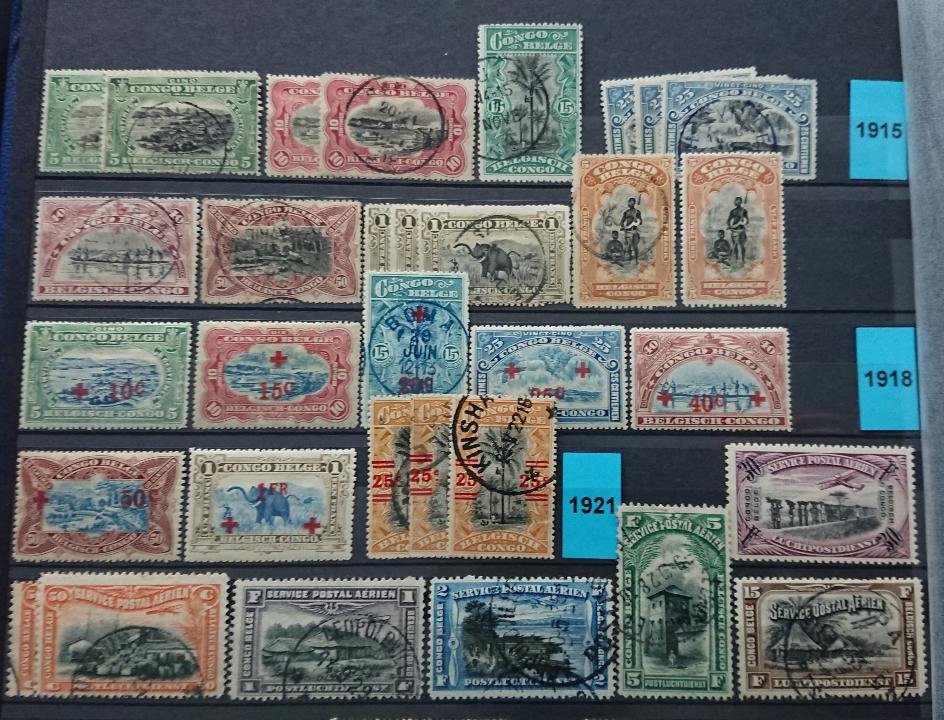 The one with the Kingshasa cancel cannot be, as it was Leopoldville until 1966.
My wish / swap list on Colnect:
http://colnect.com/en/collectors/collector/aerogi
Top 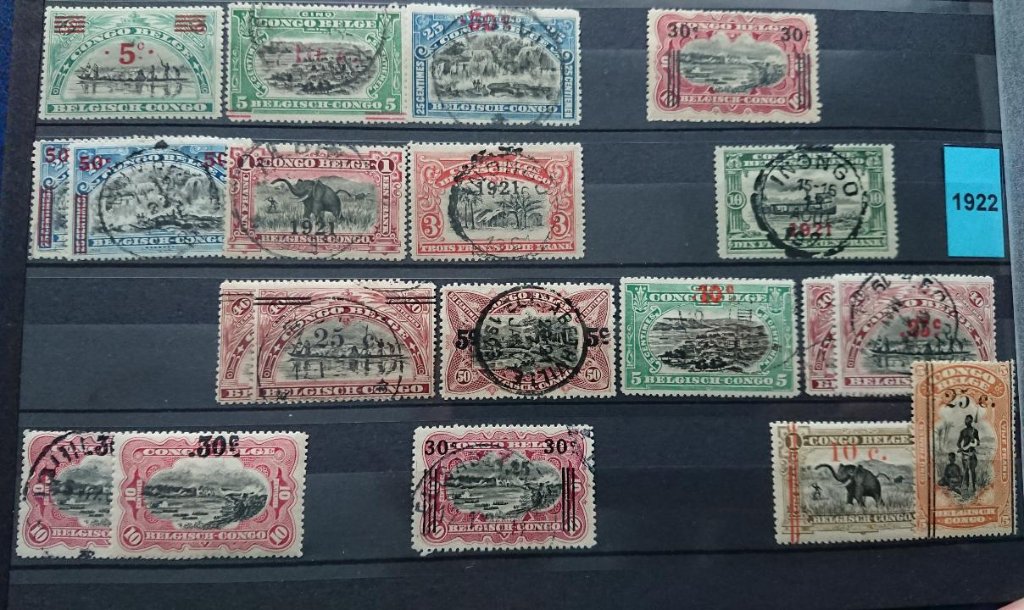 Note the middle stamp on last row. First overprint is 30c, then afterwards again with 0,25 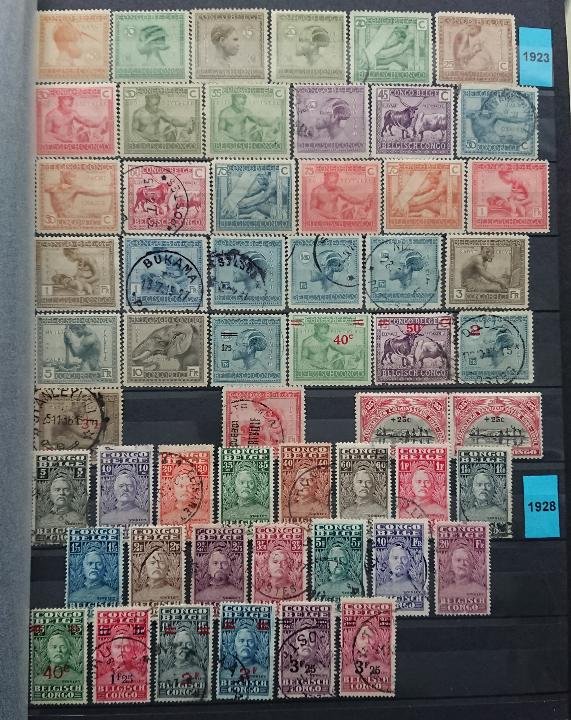 I like the local themes very much. The Stanly stamps exists in two sizes (but picture is the same). Apparently printed in sheets of which each horizontal line was alternated with the different size. 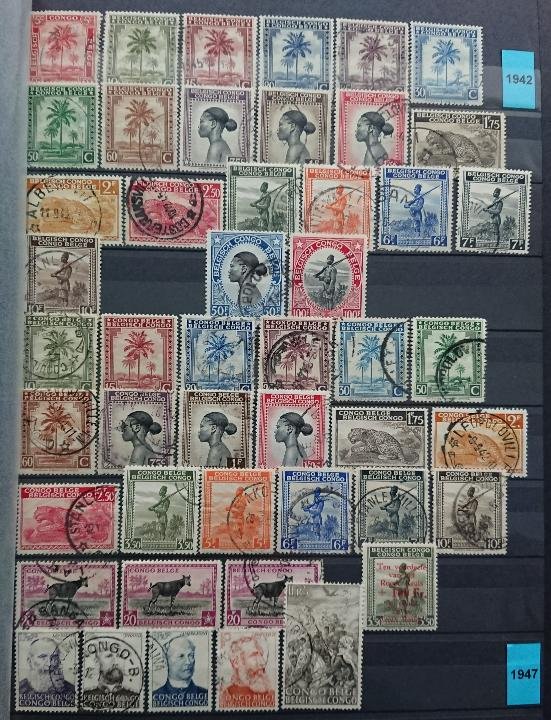 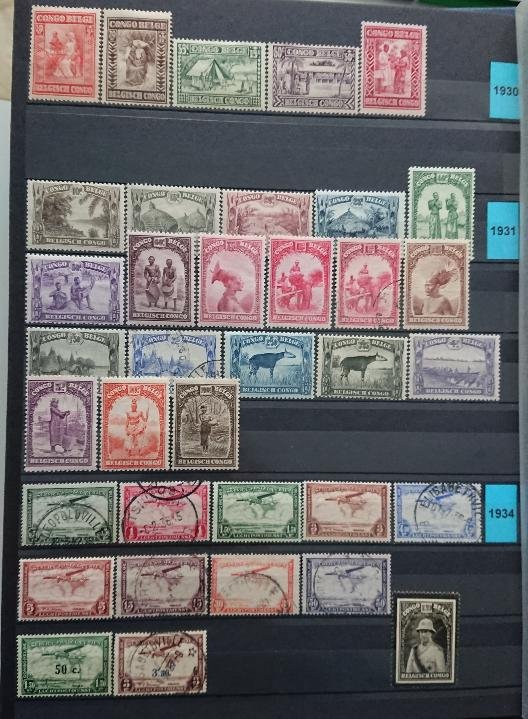 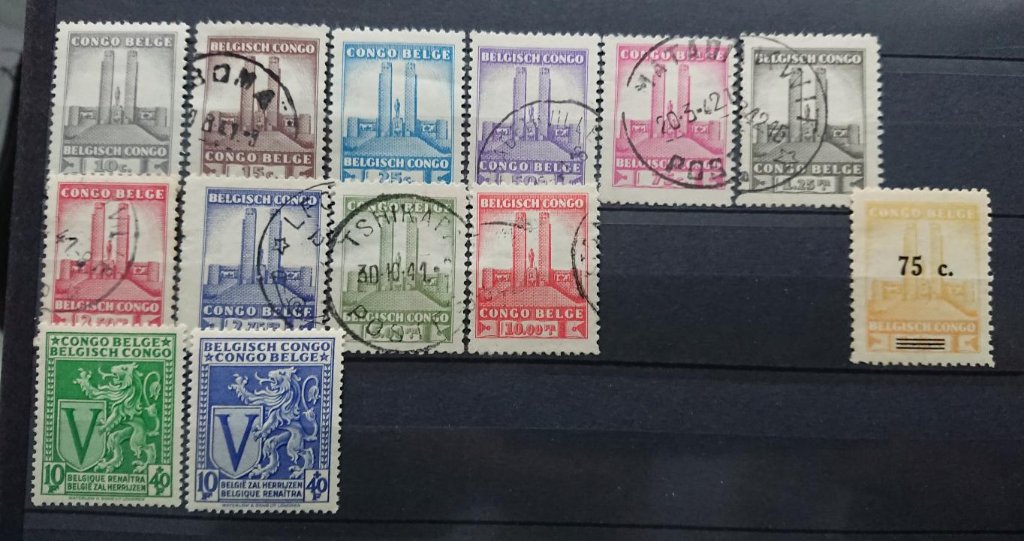 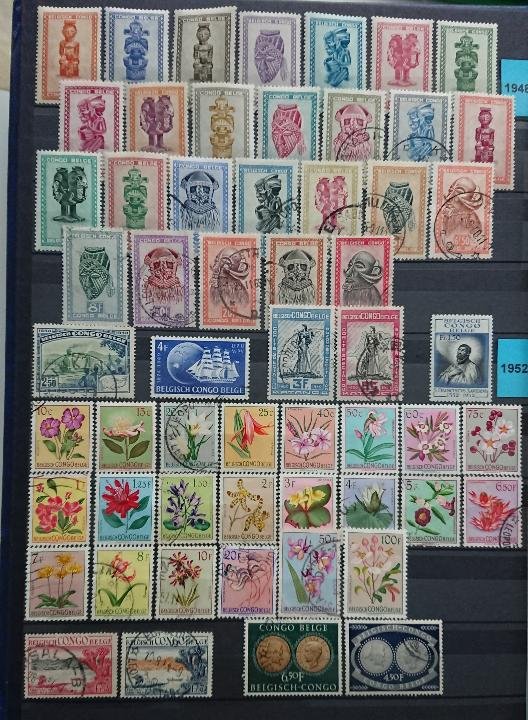 The set on top with the masks is one of my favourites.
Last edited by Global Administrator on 15 Jul 2020 21:48, edited 1 time in total.
Reason: Added pars and spacing and “air” – always a superb idea on Bulletin Boards!
My wish / swap list on Colnect:
http://colnect.com/en/collectors/collector/aerogi
Top 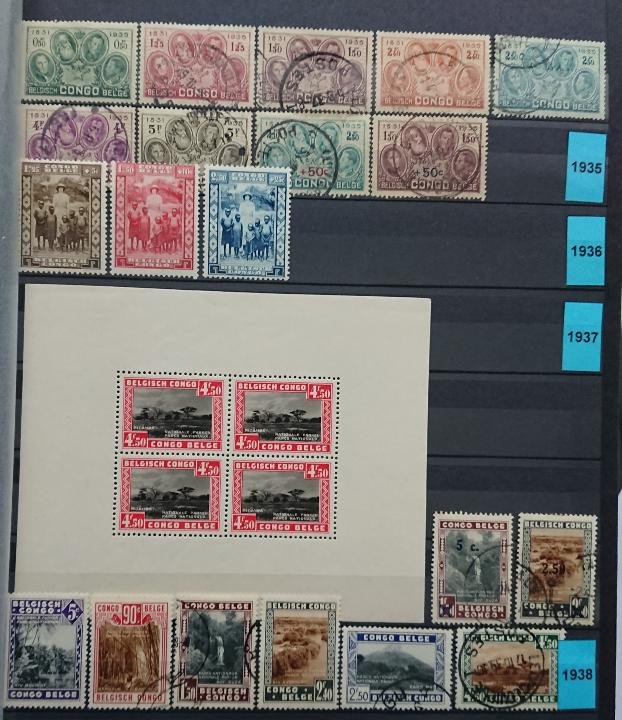 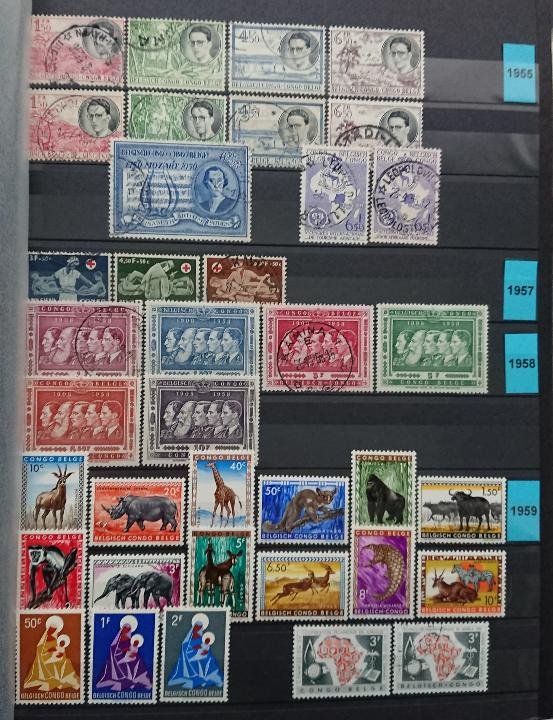 In the middle a set of the 5 Kings of Belgium, all had some 'comments'.

King Leopold I was 'German'


King Albert I died in a mountaineering accident while climbing alone on the Roche du Vieux Bon Dieu at Marche-les-Dames, in the Ardennes region of Belgium near Namur. His death shocked the world and he was deeply mourned, both in Belgium and abroad.

Because King Albert was an expert climber, some questioned the official version of his death and suggested that the King was murdered (or even committed suicide) somewhere else and that his body had never been at Marche-les-Dames, or that it was deposited there

King Leopold III: because of his actions during and after WWII Belgium got very close to civil war, so in 1951 he had to resign and hand over to the very young King Boudewijn who was aged 21 back then.

King Boudewijn was a good king, very catholic, but never got children. 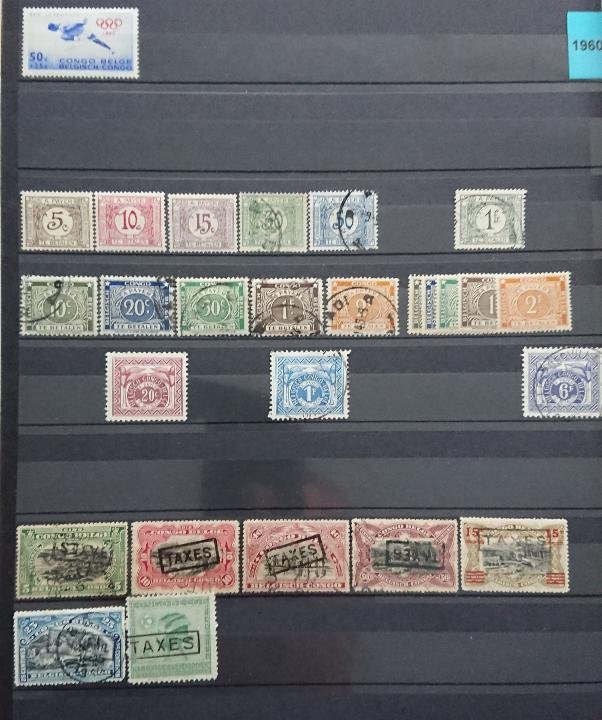 Thank you very much, Aerogi, for sharing your Belgian Congo collection and for the comprehensive descriptions. I don't collect this colony stamps, but have several sets in my different collection especially the 1923, 1931 and 1942 sets that I purchased for my African folklore collection (and frankly, added them just because their great engravings) and the animal set of 1959 which I added since I am a fan of Jean Van Noten designs. Looking at your collection, stimulate me to add more great engraving stamps. Looking forward to see more

Return to “Share with others here your NICE looking stamp and cover images etc.”