These boards are a cinch to use, but if BB's are new to you, here are a few basic tips for new users to help you settle in. How to post, edit, how to add photos or avatars etc. Who are the Board Moderators etc. Please feel free to ask questions or add suggestions yourself. Add threads here re any technical issues that might concern you. 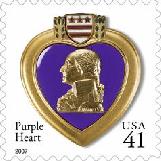 If someone has sent a personal message to me through the Chat Board, where do I locate it? Thank you.
When you have eliminated the impossible, whatever remains, however improbable, must be the truth.
- - - Sir Arthur Conan Doyle
Top

.
And after you locate them, PLEASE read our simple Rules.

We do NOT do lazy 2 word meaningless headings - ever. OK?

Thread locked to save time of other members.

Make thread heading titles as specific and descriptive as possible. Sometimes posters will start a thread with a VERY lazy general title such as, "Guess what?" or "Help needed" or "Hinges" or "US1dollar" or "Russia" or "Fault on Scott 539?" These are all totally meaningless to most members, who are busy, and simply do not have time to click on vague thread headings. And never ASSUME more than a small % of members have a Scott, SG, Michel or Unitrade cat. A concise title will mean YOUR thread gets a strong google ranking, and someone in a month - or a year may then find it on a web search, and join up and answer your question. 8)

Be as SPECIFIC as possible in your thread titles, and if you want to improve or change your thread's title after you create it, ask a Moderator for help - or edit it yourself, which you can do within an hour of posting it. Add the YEAR and COUNTRY involved, and a PHOTO in all cases is our policy in post #1 - see Rule 11 for how to do that. This board has way over 20,000 real members, from over 150 countries. Do not ASSUME they can read your mind, or have YOUR catalogue. If you are asking a question about an Australia 1937 3d Blue, KGVI head, Die 1A identification .. make THAT the heading - do not start a vague thread headed "3d Blue Die". Never use all capital letter headings - that is regarded as rude and "Shouting" on the web. It is all basic common sense really.

Return to “New to Bulletin Boards? A few useful tips and technical threads. AND add your suggestions too.”