.
Has anyone written up the history / operations of the post offices of Johannesburg, South Africa? I am trying to find any information available. It would appear that the main post office was in Rissik Street but at some stage it may have moved to Commissioner Street?

I am especially interested in the period up to 31 May 1961, when South Africa became a republic. The only info I could find on the web was this:

If anyone has a copy of Putzel's Encyclopaedia of South African Post Offices, are they able to show an extract of the Johannesburg entry here?

.
I recall that when I visited Johannesburg in the early 1990s both POs existed. Rissik Street (opposite the city hall building) was a busy but smallish PO whose interior I vaguely remember as distinctly old/colonial.

The GPO on Commissioner Street (postcode 2000), by contrast, was a utilitarian, ugly, post-war (?) affair, much larger, with a long row of counters.

So it would make total sense that the city started with Rissik Street in its symbolic location, then opened a modern GPO on a busy main street when the former became too small.

In other words, Rissik Street would not have moved but downgraded from GPO to a branch post office.
Last edited by Global Administrator on 01 Mar 2021 16:54, edited 1 time in total.
Reason: Added pars and spacing and “air” – always a superb idea on Bulletin Boards! Use the "PREVIEW" button folks. It is there for a GOOD reason.
Top 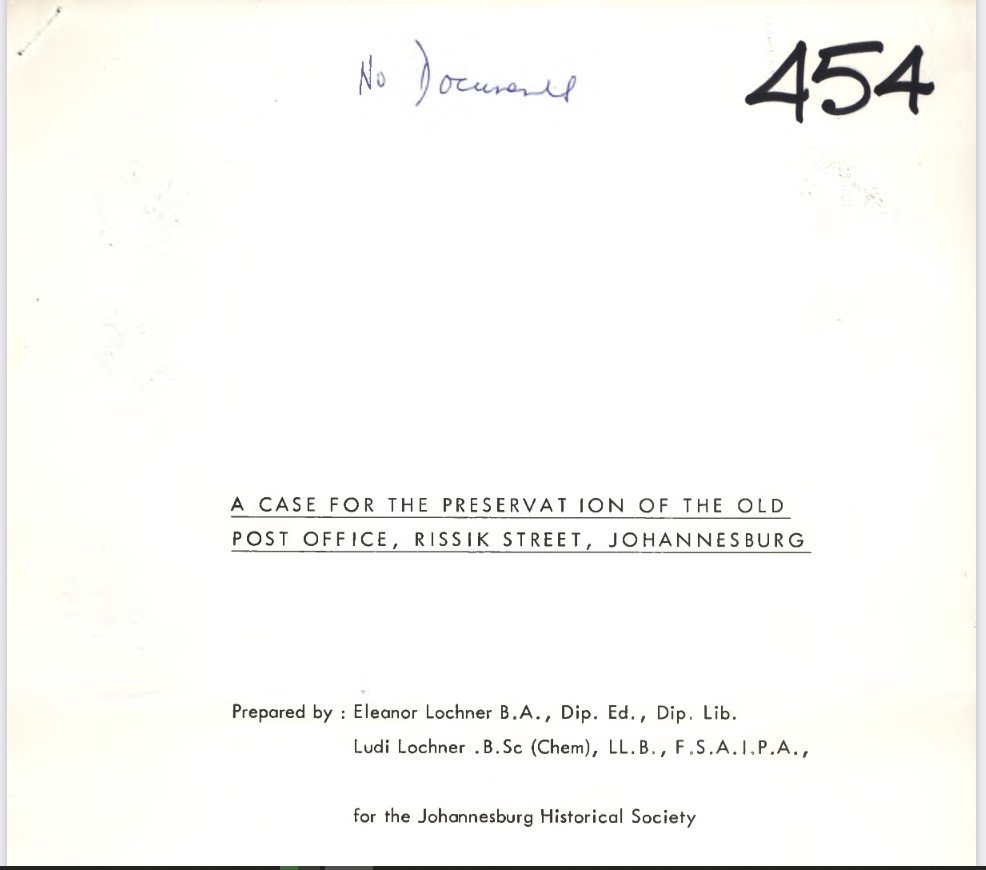 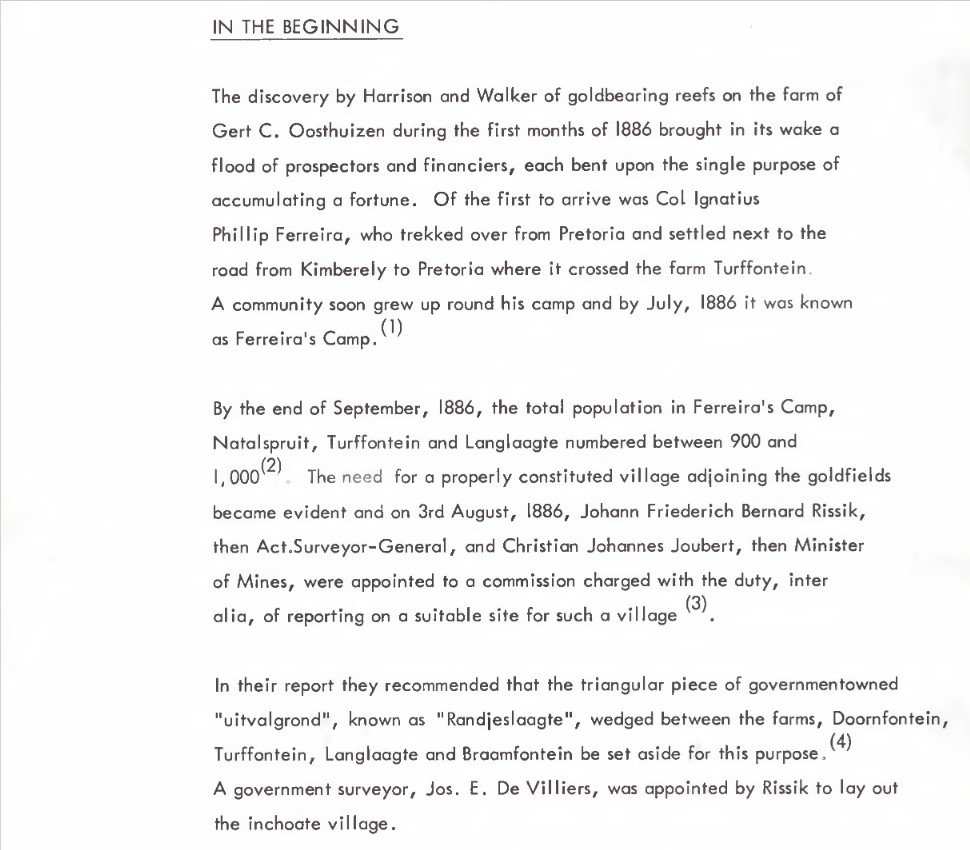 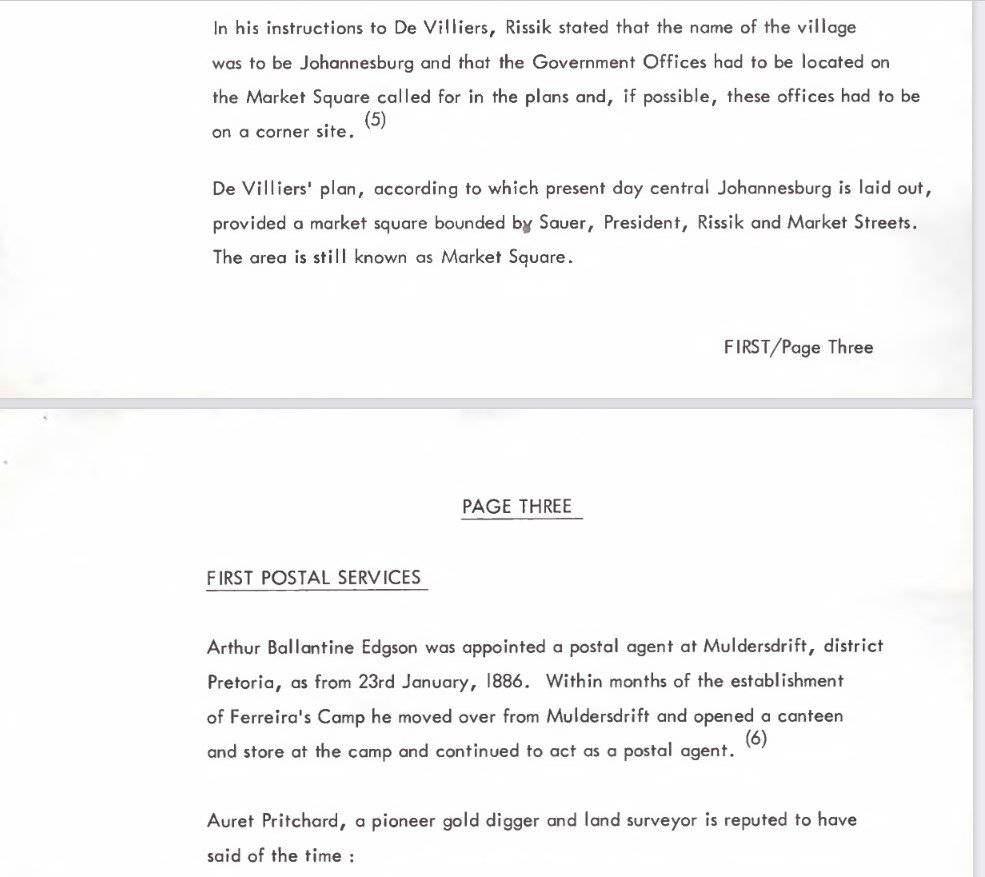 **EVERY** New thread here MUST have an IMAGE.

Pure common sense, and NOT hard to do 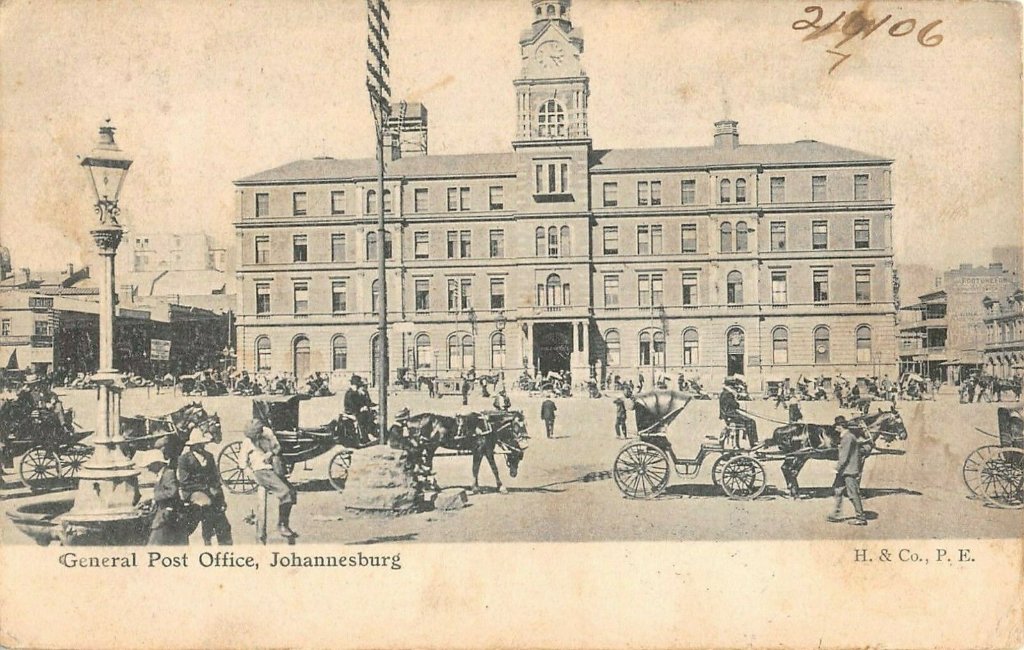 Hi Jeremy, I have Putzel's books, the Johannesburg entry is 14 pages long so I think that is too much copyright material to share. In that lot there is also a list of around 130 branches that fall under Johannesburg.

Thanks Renzo. If it is out of print you can copy up to 10% of the book for research purposes
Jeremy
Top
Post Reply
7 posts • Page 1 of 1