I have just started down a slightly different collecting area, namely German States postal stationery, and see there are 2 Michel catalogues that may be useful.

One is the Postal Stationery Catalogue, which appears to be last published in 2018, and the other is the Michel manual catalog of postage in Germany (or at least that's the Google translate attempt at the title), in German the title is Postgebühren Handbuch Deutschland. This one covers rates and charges over the period 1849 - 2015.

I see they are available from Germany but was wondering if there was a closer source.

Thanks for any help.

.
No-one in NZ will have either.

Max Stern might, but ordering ex Germany will be cheapest for sure.
.
Click HERE to see superb, RARE and unusual stamps, at FIXED low nett prices, high rez photos, and NO buyer fees etc!
Top

That's sort of what I thought, but lived in hope that they may be available in Australia.

Nordfrim have one for 98 Euro plus 25 Euro post to uN Zud. 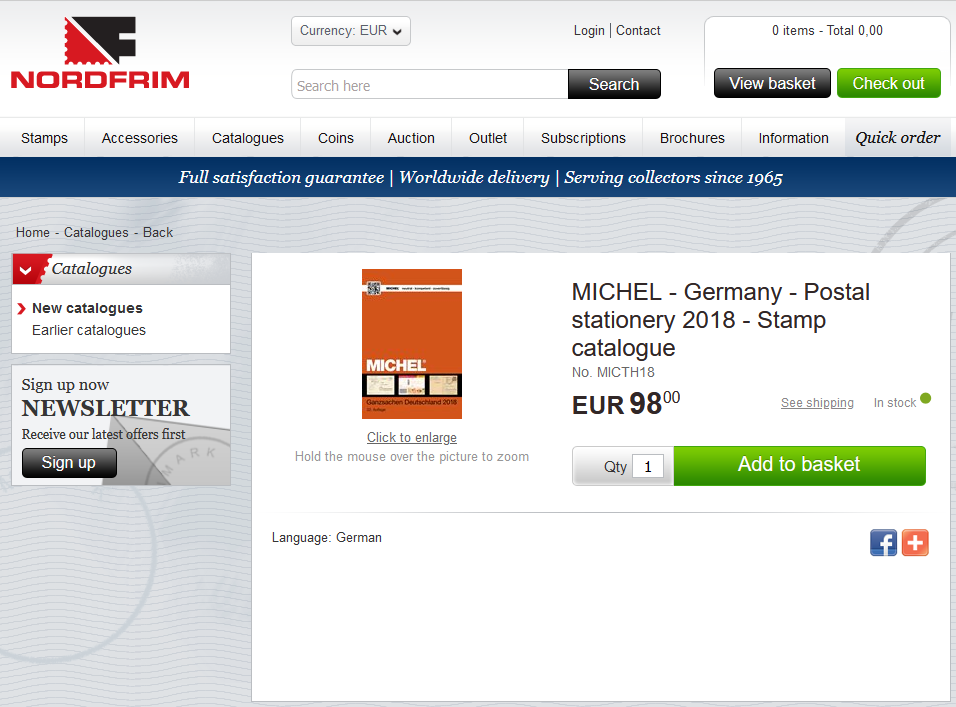 
https://www.nordfrim.com/micth18
We sleep safe in our beds because rough men stand ready in the night to visit violence on those who would do us harm.
Top

.
Do not forget that NZ Post will add 15% GST on anything with an obvious invoice.

A new edition of Michel postal stationery catalogue will be published in October - price 98 €.
Papua New Guinea stamps and postal history: www.i-ng.org/en
I am always interested in buying commercial mail from PNG.
Top

Thanks for the update, will look out for the new edition.