I knew only of the 50c Peace 'Bordeaux' Postal Forgery but this article lists others and Google Page Translate (a plug-in on Firefox and others, achieve by Right-click) produces a decent translation.

As we must have an image - these aren't forgeries, they are too early. 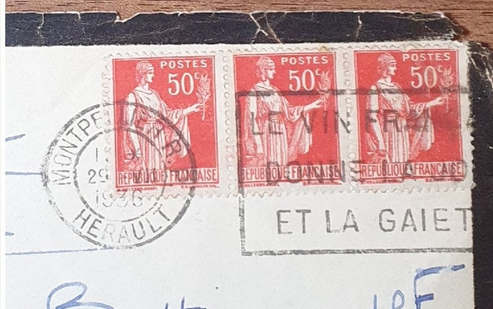 Pages are devoted to other forgeries, but also to (at random):

The last days of the 1871 agreement / Mystery square ..? / Recommendation of other objects

The American letter in 1870 / Seaway decime / Letters from Tahiti

The illustrated postcard / Fee for cards franked on the back / Taxation of military deductibles
Ian Billings - Norvic Philatelics - Remember almost everything I picture is available, unless otherwise stated or copied from elsewhere, as I reduce a roomful of 'stuff' - just ask. GB stamps info: https://blog.norphil.co.uk, NPhilatelics on twitter, www norphil.co.uk, shop.norphil.co.uk for our e-commerce site
Top
Post Reply
1 post • Page 1 of 1