pitronix
I was online for our Birthday Number 5!

.
Has any of you guys heard of this Auction house (Oakwood Auctions, Ontario Canada)

Just came upon them and it is hilarious, wrong descriptions, silly opening prices and realisation estimates. 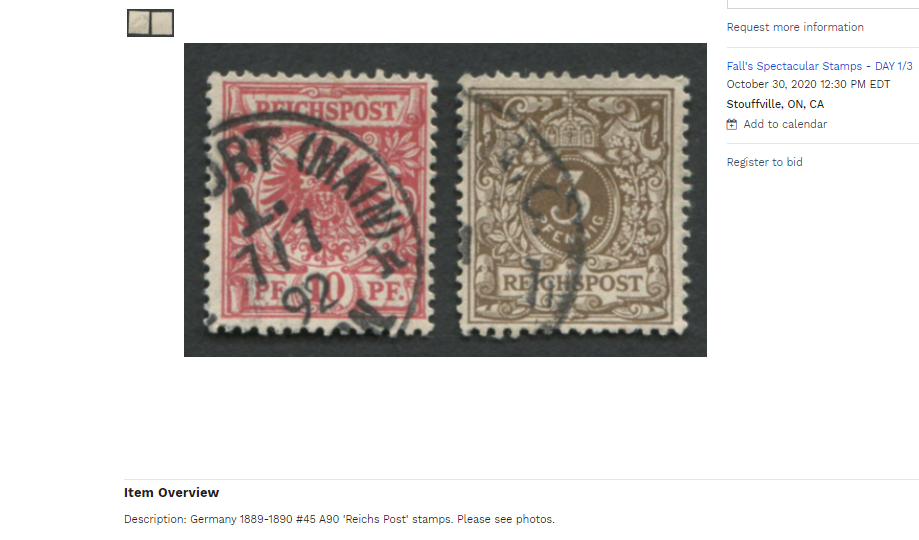 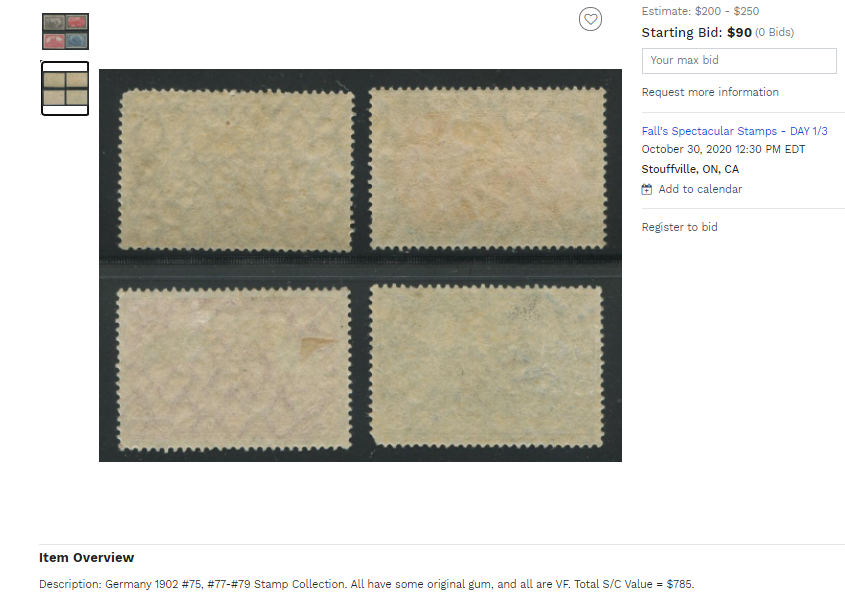 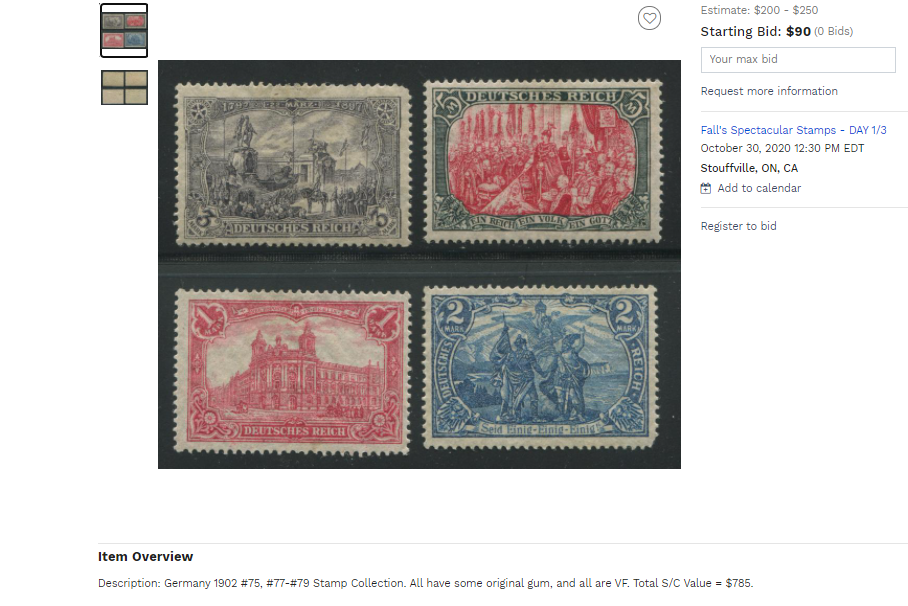 
Lots of similar stuff throughout their philatelic and numismatic offerings. This is worse than the ebay dreamers since they present themselves as serious business.
Top

Re: Oakwood Auctions monkeyI had bussines

I had to chuckle at the United States stamps section.

They should claim their database has been hacked. 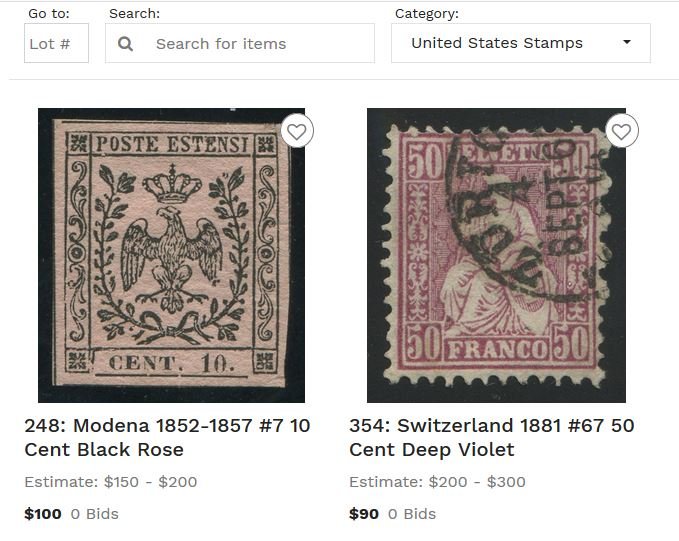 .
At least they provide scans so it's easy to avoid any "misunderstandings" with poorly described lots as is common elsewhere.
Top 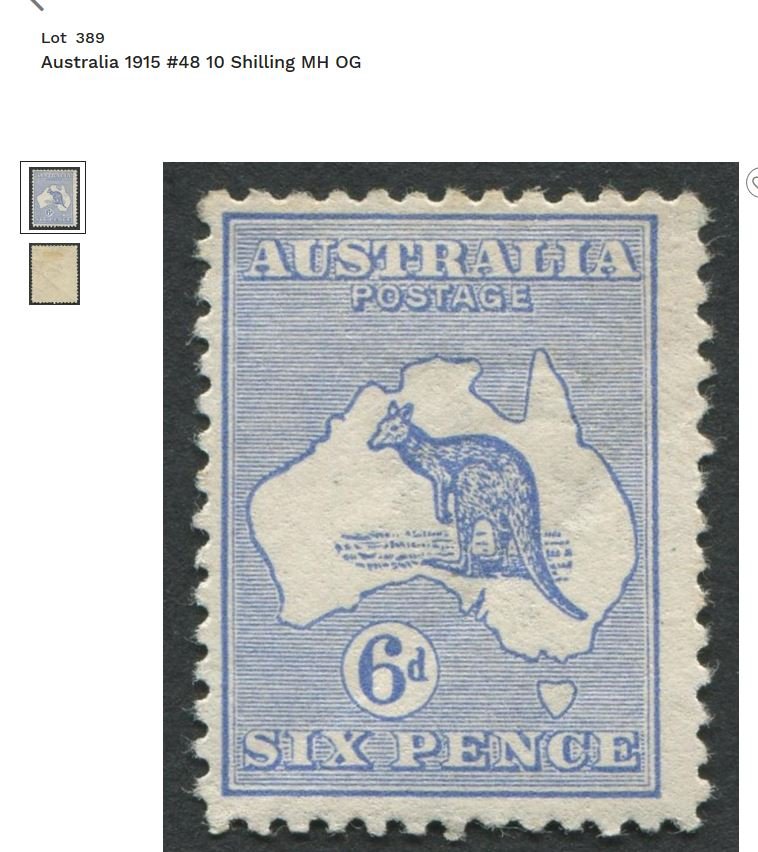 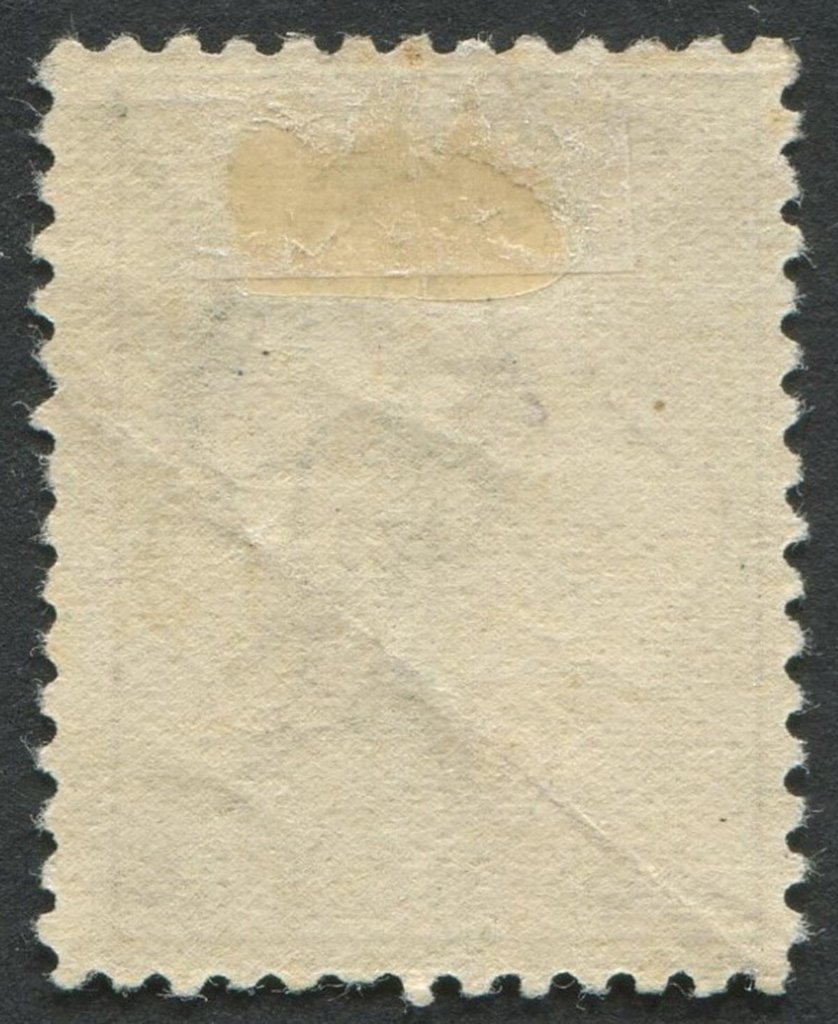 pitronix
I was online for our Birthday Number 5!

Well at least year and a stamp are on point, looks like they have a better grasp of Australian stamps

Apart from THAT they got it right.

pitronix wrote: ↑
18 Oct 2020 09:48
Well at least year and a stamp are on point, looks like they have a better grasp of Australian stamps

They correctly identified it as a stamp? And from A-U-S-T-R-, Australia. Well done them for not guessing Austria!

Did a search on their site and there wasn’t a 10/- Roo, so they can’t blame a scan/description mix up.

The errors are typical of a general auction house that has someone who apparently knows about coins but doesn’t appear to know a great deal about stamps.

I note lot 402 doesn’t describe the better 3d. OS Roo die. Pity it has a rounded corner, trimmed perfs. and a very noticeable cancel.
Tony
"A cancelled stamp tells part of the story, a cover tells it all"
Top
Post Reply
7 posts • Page 1 of 1

Users browsing this forum: No registered users and 6 guests