I am a collector from China. When I am browsing the Ebay, I have found some dishonest sellers and quite a lot fake or inauthentic Chinese stamps.

I will show some sample of those inauthentic Chinese stamps.

https://www.ebay.com/itm/China-PRC-Shanghai-printing-Labour- ... 7675.l2557
These stamps are not Shanghai printing.They are ordinary Beijing printing, sold for much less.

https://www.ebay.com/itm/China-1878-thin-paper-large-dragon- ... ssPageName
His dragon stamps are fake, too. You can tell it from its paper.

https://www.ebay.com/itm/China-PRC-T69M-Twelve-Beauties-A-Dr ... ssPageName
This souvenir sheet is a fake stamps. You can tell it from its perf.

Be ware of fake 1980 Monkey stamps. There are many well-made copies in market that even experienced Chinese collector can not recognize.
The very simple way is check the perf. Those with irregular perf are definitely inauthentic stamps.

There are also some suspicious copies.
Top

If you are not a real expert of Chinses stamps, DO NOT buy those expensive PRC stamps through ebay. Many people think they have bought a real bargain, but actually they just buy copies.
Last edited by kalavinka on 28 Dec 2017 22:53, edited 1 time in total.
Top

Micky
I was online for our Birthday Number 5!

I have seen most of these at the underground Antique market in Shanghai Yuyuan Gardens. So many stalls all selling the same items with high prices, not only stamps but large silver coins for around 100 yuan. The good thing if your not sure about a stamp, show it on SB and the professionals will help you.

Thanks for sharing kalavinka.
Top

Please supply images of the stamps in question via imgur.

The images will be lost in a few months from the links supplied.
We sleep safe in our beds because rough men stand ready in the night to visit violence on those who would do us harm.
Top

traralgon3844 wrote:Please supply images of the stamps in question via imgur.

The images will be lost in a few months from the links supplied.


Thank you traralgon3844
Because of the blocked internet of my gover nment, it is unaccessible to imgur through PC. I am trying to upload pictures through app.
Top

I have edited in the images for you.
We sleep safe in our beds because rough men stand ready in the night to visit violence on those who would do us harm.
Top

traralgon3844 wrote:I have edited in the images for you.

Thanks a lot! It is very useful!

Here are some genuine T46/the Monkey stamps, which were sold on Chinese online auction and were carefully examined by experts.

Have you got some new thoughts of T46?
Again, if you want to buy this Monkey stamp, ebay is possible not a good place for you to shop.
Top

This article was published in The China Clipper March 2015 Whole Number 453 Volume 79 Number 3 AS I QUOTE FROM A CHINSES STAMP FORUM.

It goes without saying that since eBay chose to disband all of its fraud prevention programs the number of forgeries and bogus Chinese philatelic items on eBay has spiraled out of control.

The years I spent as a Stamp Watch Committee member (for Chinese stamps and covers) gave me tremendous satisfaction because I felt I was doing something about a problem that adversely effects stamp collectors. The frustration of seeing so many forgeries on eBay and the fact that eBay images can now be easily copied and saved has led me to try a new approach.

I have now created a new category in the ‘Gallery of Forgeries’ named ‘Recent Forgeries.’ This way I will not have to fill our magazine with images of forgeries.Shown here are a few forgeries recently seen on eBay.In our web site “Gallery of Forgeries” you will see many more listed using the user names of the eBay sellers (each followed by a number, starting with number 01).By clicking on an image you can often view a larger image.

I must again point out that I am not saying that the eBay seller is the forger, only that they are selling forgeries. In some cases this may be unintentional, but in most cases these sellers are offering so many that I can only conclude that it is intentional.
Prominent among the current sellers of forgeries are 416zr53 (Brooklyn, NY), 8hk8075 (公主岭, 吉林省,China), cover--king (China, China), jk201112 (Long Island City, NY), hhonlone (Hong Kong), pmworld777(长春, 吉林省, China), and subjecttt (JX, JJ, China).
It is interesting how they change their eBay username rather than opening a new account. They do this so they can keep their stars.hhonlone started out as zxd0902 in August 2012, changed to augusstamps in Decmber 2012, spink365 in July 2013, and hhonlonein February 2014.

I do not generally put in print how I know a stamp is a forgery, lest I alert the maker of the need to correct a defect that betrays him. If a reader has a question about a particular item pictured here or shown on the web site please email me.

I recently received a question about a block of four of the imperforate printer’s waste of the $5 Die III Chung Hwa Book Co. Dr. SYS definitive of 1939 (Scott 361 variety; CSS 446Bb-e). It can be found with the vignette in numerous out-of-place positions, including omitted and inverted. Image ‘cover--king 10’ is a forgery of an imprint block of six with the inverted vignette. It seems strange that the forgers would attempt to duplicate an item of printer’s waste, but the genuine inverted and omitted vignette examples are very popular with collectors and demand a premium.

Seller anssss2020 (Beijing, China) is still offering stamps and souvenir sheets he has chemically altered.You can always find a bunch of his fakes for sale on eBay. Recently he has been offering fakes of the Formosa Official Postage Stamps of 1886.

In a recent printed auction catalog I noticed four imperforate between examples (Images 1-4) of the 5&cent;,10&cent;, 50&cent;, and $2 Hong Kong Postage Dues of 1940,printed by Commercial Press, Ltd. (Scott 69-79; CSS PD 85-95). Five values of this set have always been available as imperforate printer’s waste: the 5&cent;, 10&cent;,20&cent;, 50&cent;, and $2 (CSS PD 89a, 90a, 91a, 93a, and 95a).Interestingly these newly discovered (after 74 years)imperforate between specimens are four of the five values that exist as imperforate printer’s waste. You will not see these varieties listed in the next edition of the CSS Catalog; they are fakes.
Top

THEY do not care how many fakes and forgeries are sold as ebay makes money from them ALL.

Only a compete Bunny buys this material off ebay. Sadly there are several million such idiot Bunnies out there as the posts above prove. 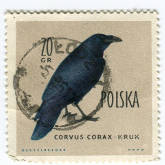 I recently bought nice Chinese series of "Journey to the West" and it surprised me how "scruffy" the teeth are. My first thought was these might be fake stamps however silly may that sound because we are talking about value of c. 1 - 3 USD per 4 stamps. On the other hand , I have heard from a friend that forgeries of even very cheap stamps happen .

Attaching pictures of my stamps in question , I will be grateful for sharing your thoughts on them. Do you thing these stamps might be fake ? 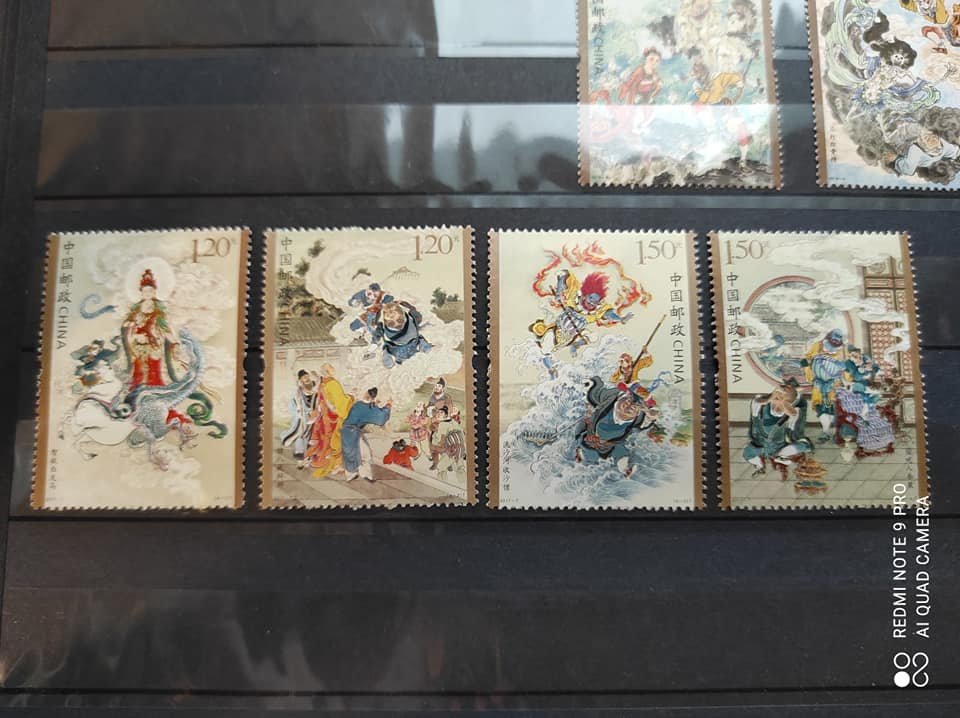 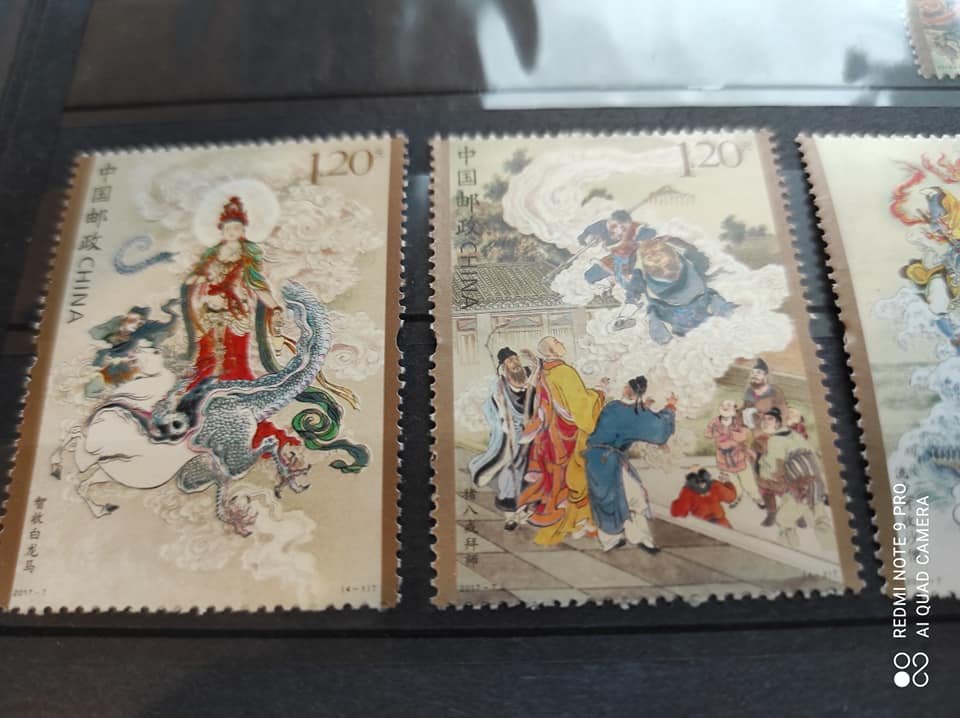 “Sure is a cheerful color. Guess I’ll have to get used to it.”
Top

Anyone knows and could help about forgeries the modern/contemporary Chinese stamps ? - Are these common practice (on ebay / delcampe)

What you are suggesting sounds pretty unlikely. Are you thinking these are postal forgeries prepared to defraud the postal authorities which have ended up being sold to collectors on internet sales platforms? Or items primarily aimed at deceiving collectors?

I'm not familiar with very modern Chinese stamps, but forging low value contemporary items for the collector market would seem to carry a crazy and unnecessary high level of risk compared to forging items the Chinese authorities would be less interested in.
BC Stamps Limited
https://www.bcstamps.co.uk
Top

.
Thank you for your comment. If it was forgery, I think it would be intended uniquely to deceive collectors outside China (not for postal circulation in the country).

Hopefully I am wrong and the ugly perforation has nothing to do with it.

“Sure is a cheerful color. Guess I’ll have to get used to it.”
Top

Very rare would you see recent (well, probably anything after 1990) Chinese stamps being faked, as the price for a real copy is normally lower than the cost of faking them.
Top

Are ebay forgeries from Southeast Asia becoming a serious problem?

.
I got this email recently from a person/seller that I have bought stamps from in the past. I do not collect this area (China) and know virtually nothing about these stamps/covers.

But I was surprised at how genuine (or deceptive) these looked to me -- particularly the covers.

Is it just my lack of knowledge/expertise that makes these look genuine to me or are they particularly deceptive? Interested in hearing what others think, particularly anyone with expertise in this area of collecting. There are 14 links to eBay auctions in the email. 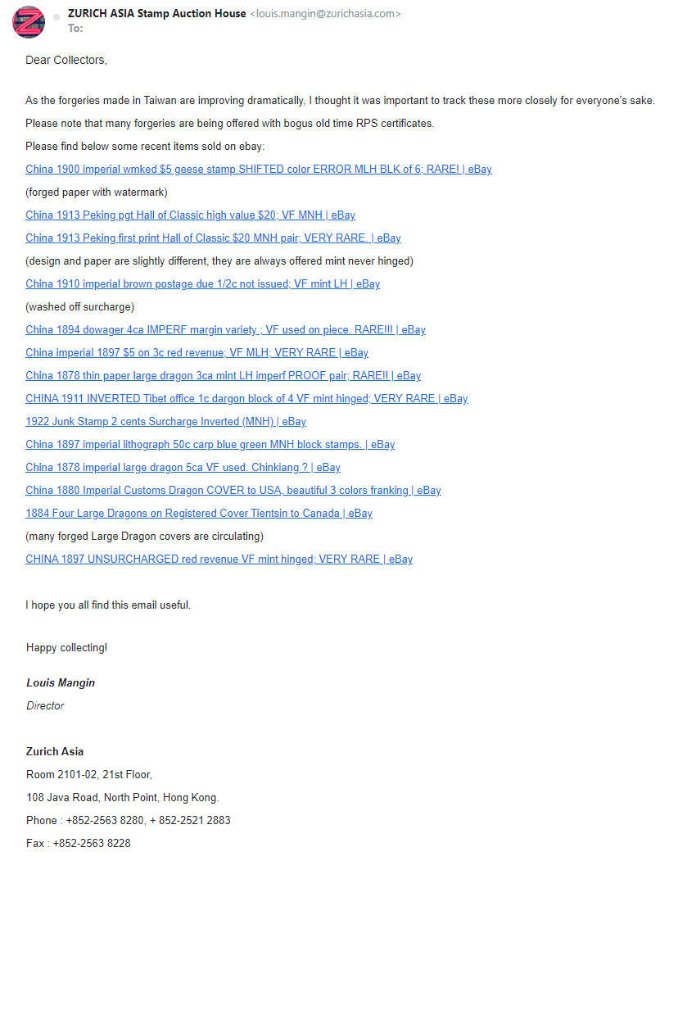 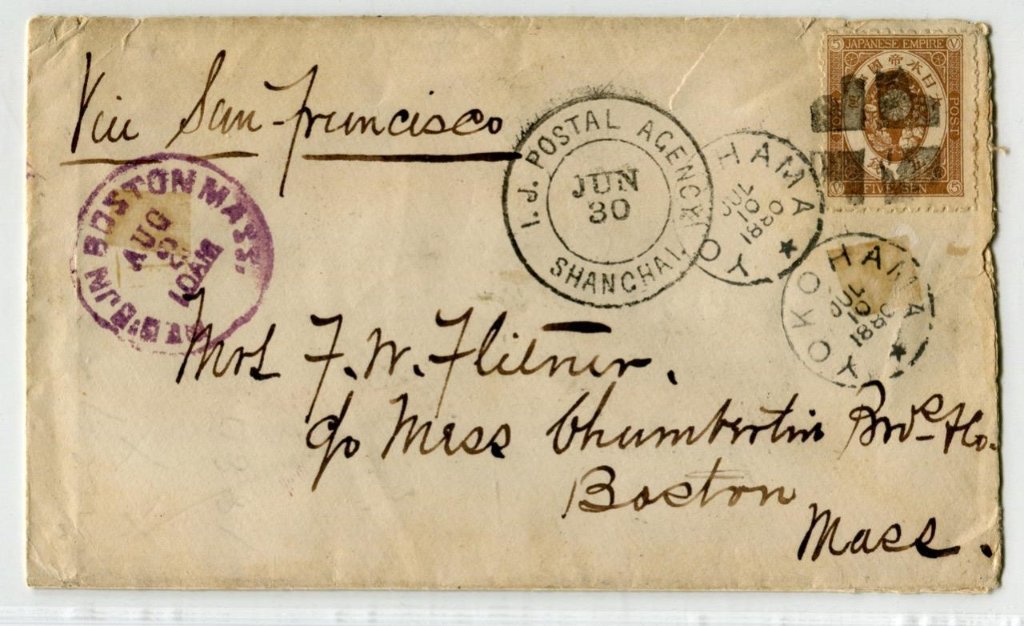 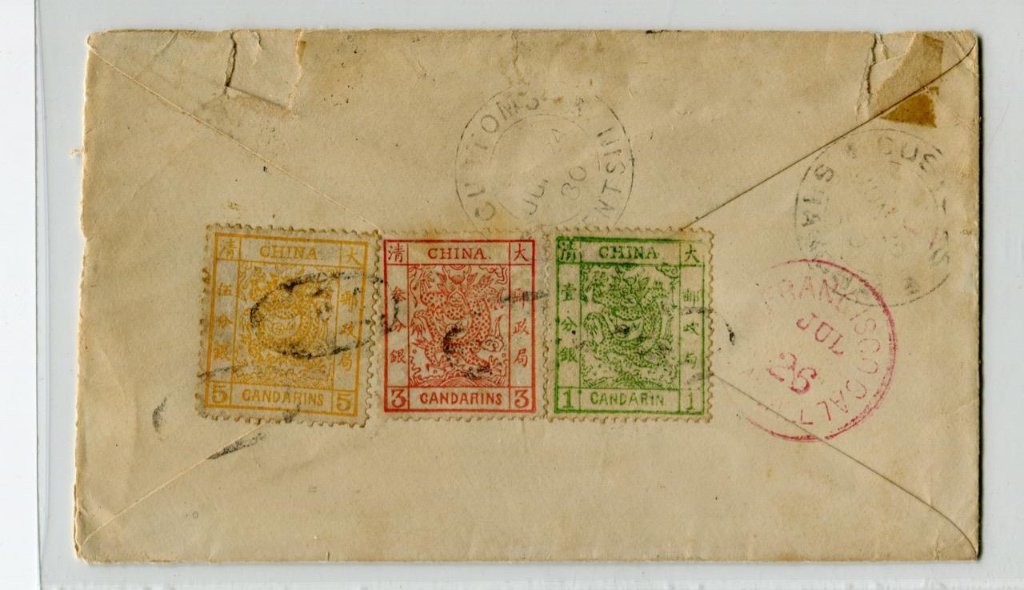 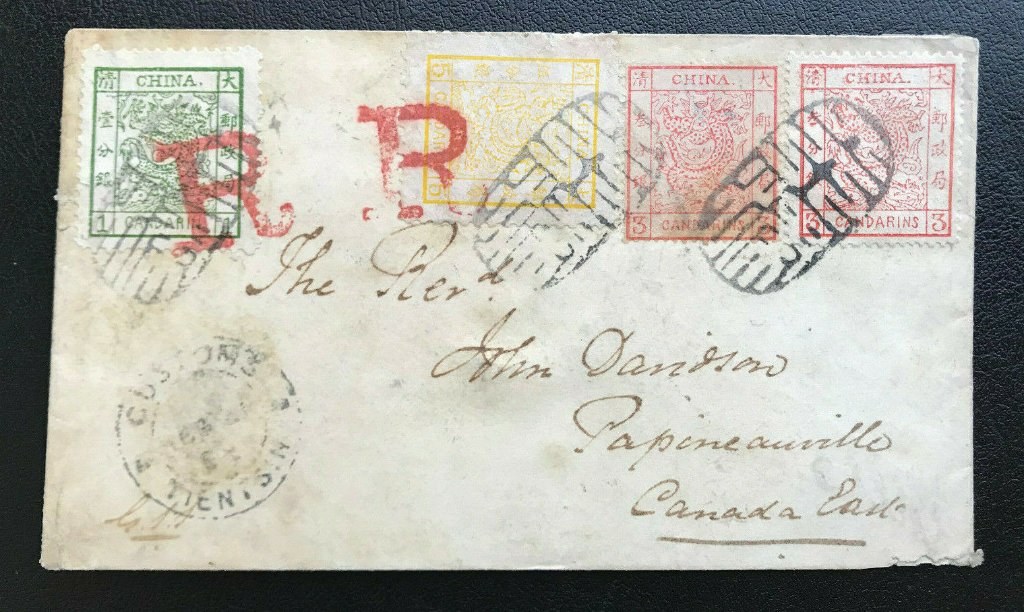 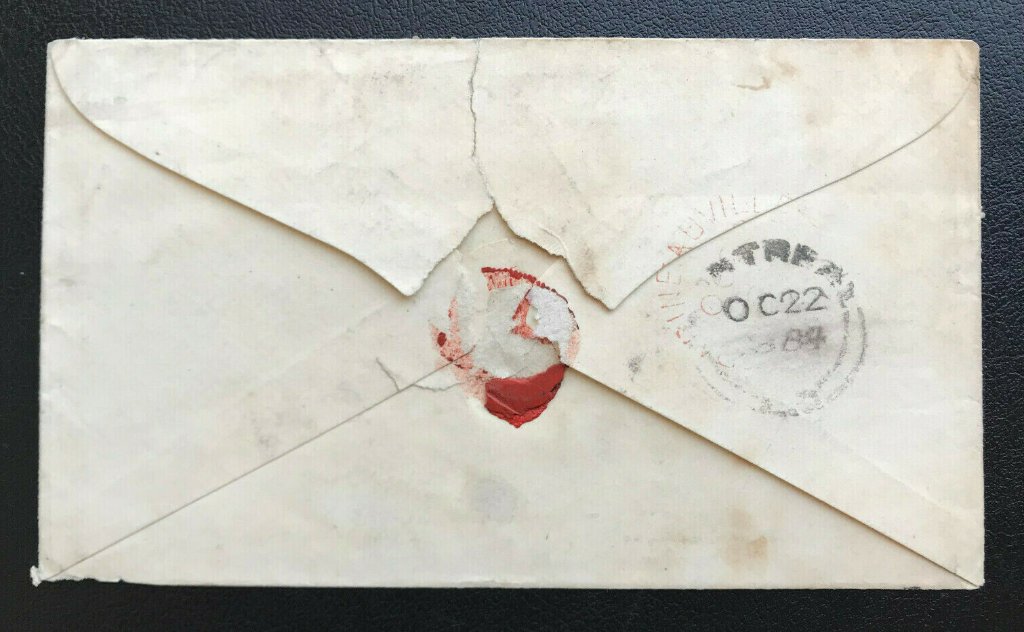 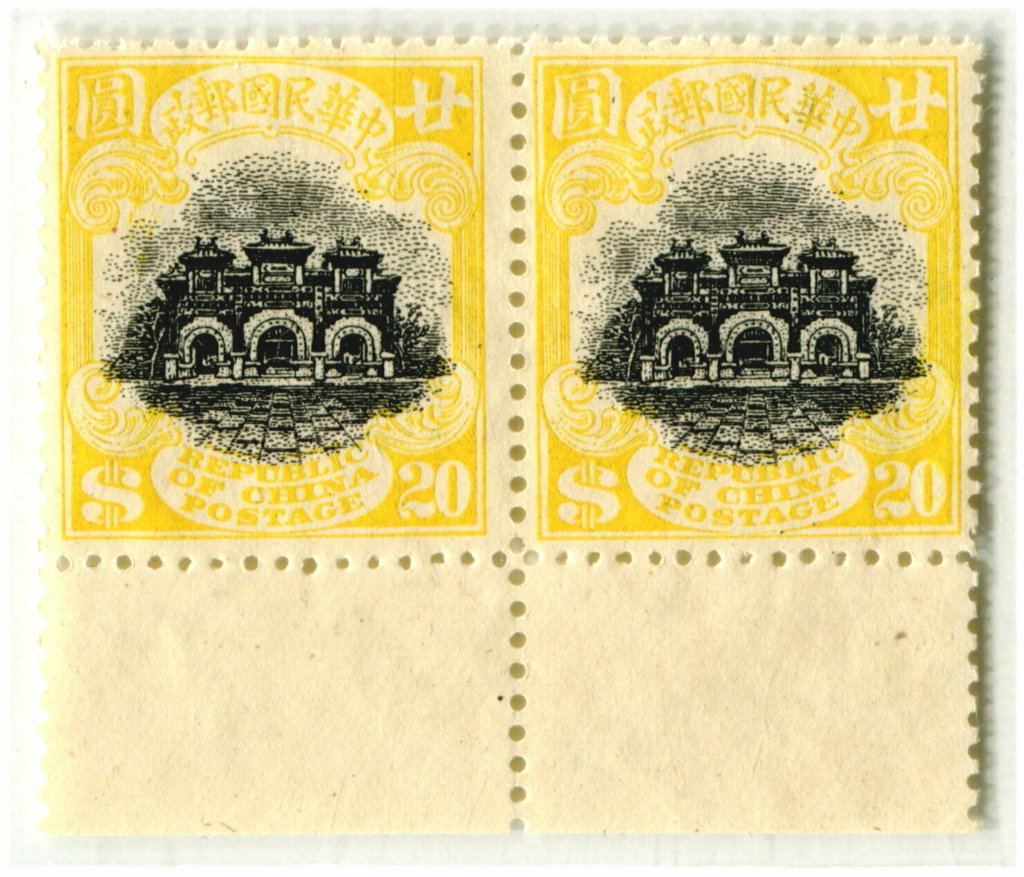 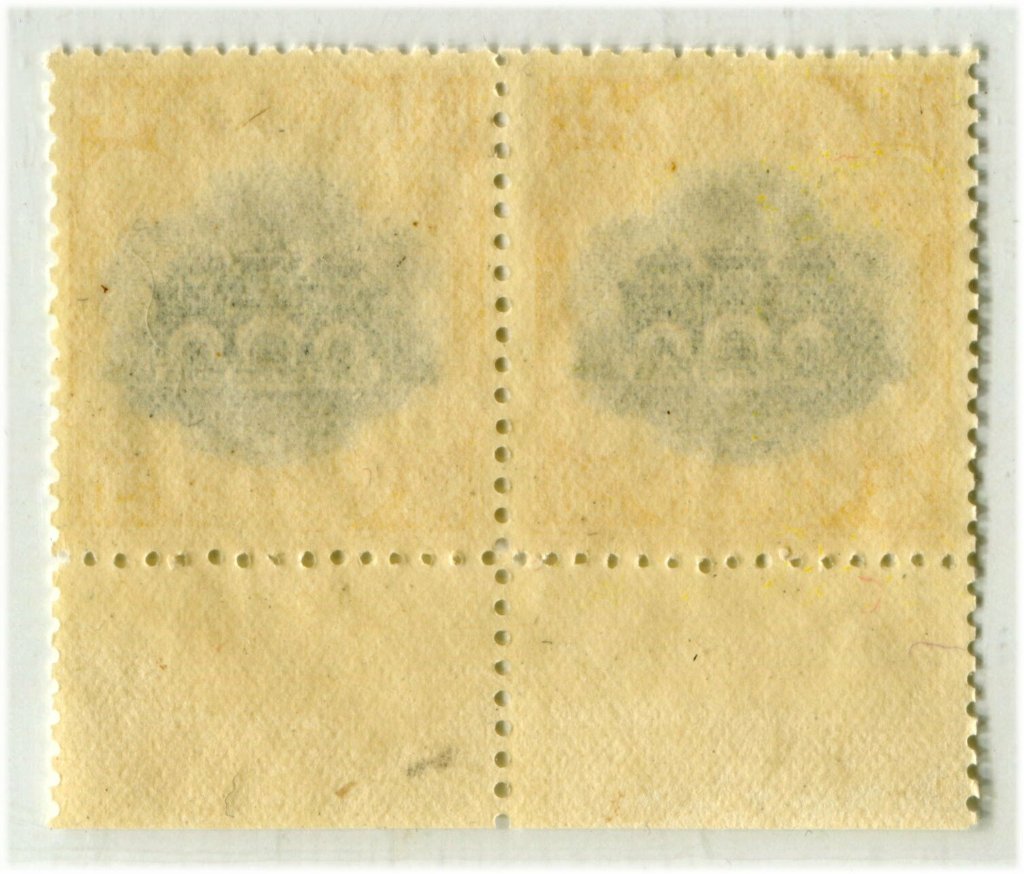 .
It is not known as FakeBay for nothing.
.
Click HERE to see superb, RARE and unusual stamps, at FIXED low nett prices, high rez photos, and NO buyer fees etc!
Top

.
Add one more zero to the sold price if the yellow $20 pair was genuine

The combination cover with Japan 5s brown has a genuine "japanese" side, while the reverse side was altered. Has China stamps mounted and all fake markings (the loose chinese stamps *may* have genuine markings).

This is a more deceiving fake. One characteristic is that the "chinese" fake daters are unclear and many fakers try to appear them "tie-ing" the chinese stamps to the envelope.