Feel free to start a specific forum on *YOUR* club. List out where you meet - and WHEN. Outline how to join, how to contact the club, the name of your journal and post entire contents of each journal if you wish - with photos! All **FREE**. Societies are the backbone of the hobby and we are delighted to support them as much as we can.

The Launceston Philatelic Society was founded in June 1946 - this year is the Society's 75th Anniversary.

On Saturday 17 July the LPS will be hosting an Anniversary Dinner and the highlight of that dinner will be the release of a monograph of "The First Day Cover Cachets of Max Easther 1952 - 1965". 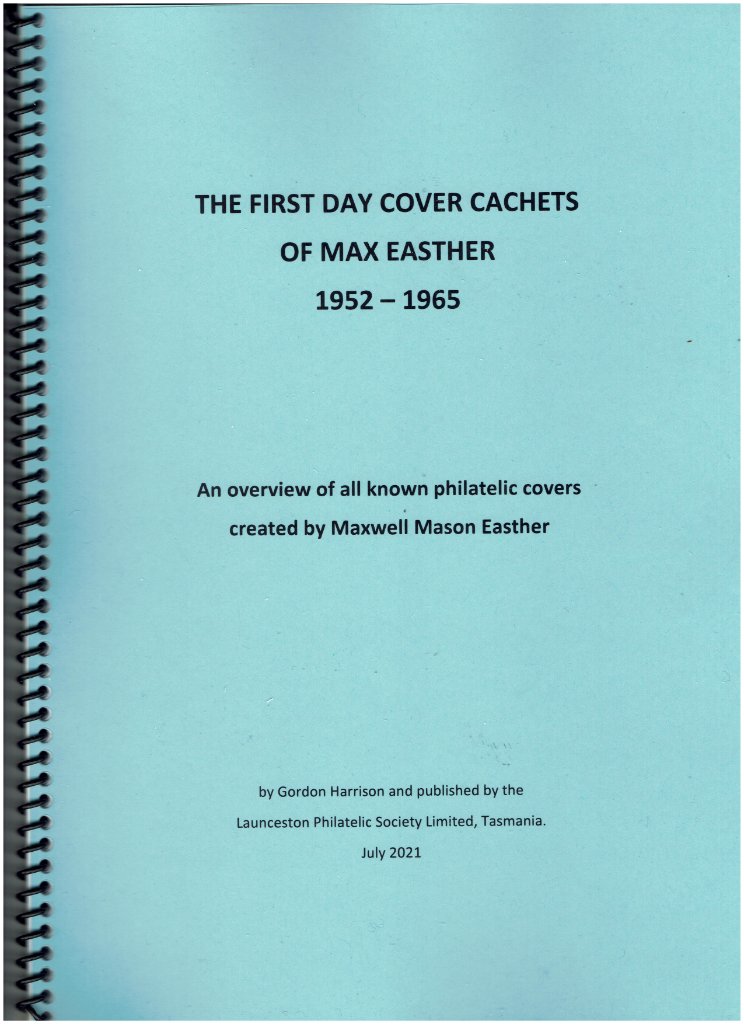 Max Easther was one of the early members of the LPS - he joined in 1947. Because of the absence of any detailed records of Max's cover creativity, there has been some conjecture about how many stamp issues he produced covers for and how many covers per issue that he had printed.

For some time it has been thought that the number of issues was around 70 to 75. Over the last twelve months I have had access to what is thought to be the most extensive single collection of Max Easther-cacheted covers - that collection being owned by Max's son, Barry.

Barry's collection comprises 72 different cachet designs; but the collection is not complete because, through the Stampboards thread "Unidentified or Unknown Australian First Day Cover makers", Stampboarders have shown quite a few additional cachets which are directly linked to Max Easther.

As a consequence of my research into his covers, the LPS is publishing a monograph which will include -
1. a brief biography of Max Easther and background narrative;
2. an image of every known Max Easther cachet (86 in total) and
3. a spread sheet checklist, because some cachets were printed in two different colours and, in some cases, two different sized envelopes.

The initial print run is 150, in full colour and spiral-bound (to lie flat) format and each of these initial 150 has been numbered and also signed by Barry.

Further details re collector availability will be posted on Stampboards and the LPS website in the next seven days.

Excellent news Gordon ! I'm excited about this release, and hope that I can put my name down for a copy. Cheers

The LPS held its' 75th Anniversary Dinner at the Riverside Golf Club last night at which the Max Easther monograph was officially launched.

Barry Easther (son of Max) and Jan, Barry's wife, were guests of honour and Barry's collection of his father's first day cover cachets was also on display and we were entertained by some of Barry's remembrances of his father, particularly as they related to his stamp activities.

Pictured is Barry Easther (centre) flanked by yours truly (left) and Rob Antel, current LPS president, in front of the display.

As shown in my previous post, the monograph is now available for sale and I will be posting the details on the "Sell your surplus ...." thread in the next hour or so; also mention will be made in the "Discuss stamps ...." - "Unidentified or unknown Australia First Day Cover makers" threads.

Return to “CLUBS - This is YOUR Club space to use however you wish - please add your details!”