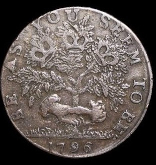 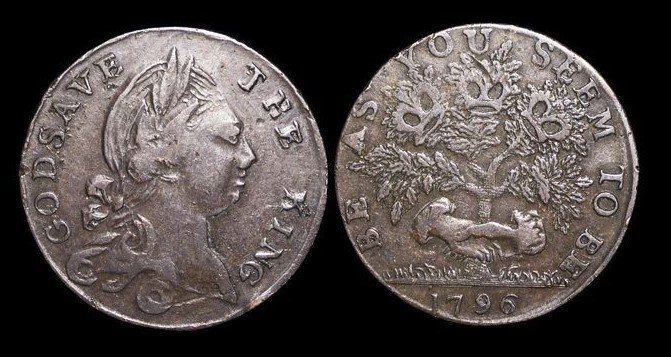 
For those who are wondering what the item in my avatar picture is, it is a 1796 Great Britain "evasion halfpenny". Evasion of what, you ask? The British anti-counterfeiting laws. From 1760-1816, the mint was absolutely terrible about issuing coins that could be used by the average citizen for normal transactions. Copper and silver coins essentially didn't exist for many years, with a few exceptions -- a large issue of 6d and shillings in 1787, and farthings/halfpence from 1770-1775. After that, there were no pennies issued until 1797, nor halfpence or farthings until 1799. After 1787, regular silver issues didn't exist until 1816 (with the exception of semi-official Bank of England tokens from 1811-1816). Strangely, gold coins were minted almost every year during this period.


This raises two questions: Why were there so few minor coins, and what did the average person use for small transactions? The lack of coins was largely because the mint discovered that rather than circulating, the coins were being melted and made into lightweight counterfeits. Some were quite believable-looking, and were often made to appear worn even when actually new. Making the anti-counterfeiting laws more severe didn't stop this practice, and the mint finally stopped making copper coins in 1775. Counterfeiting was still illegal, but someone figured out a clever way around the letter of the law -- it only applied to exact copies of the official coins. Hence, the "evasion tokens" -- privately made "coins" designed to look somewhat like the real issues, but not close enough to be considered counterfeits. Generally, this meant the head of someone resembling George III (or George II) and a legend that ranged from a variation on the real one to complete nonsense. Same for the reverse -- some central design in place of the Britannia found on the real coins, and a made-up legend. Since many people using these tokens were illiterate, "somewhat resembling the real thing" was usually good enough. Of course, the tokens were lighter than the real coins. There are hundreds of different types.


In 1787, a clever merchant decided to make tokens that promoted his business. They were not considered counterfeits since they were not designed to resemble the former issues of official coins. These were popular for another 30 years, and there are over a thousand different types. They are known as "Conder Tokens" because James Conder wrote the first book attempting to catalogue them. I'll post some other examples below of both types of token.
Top 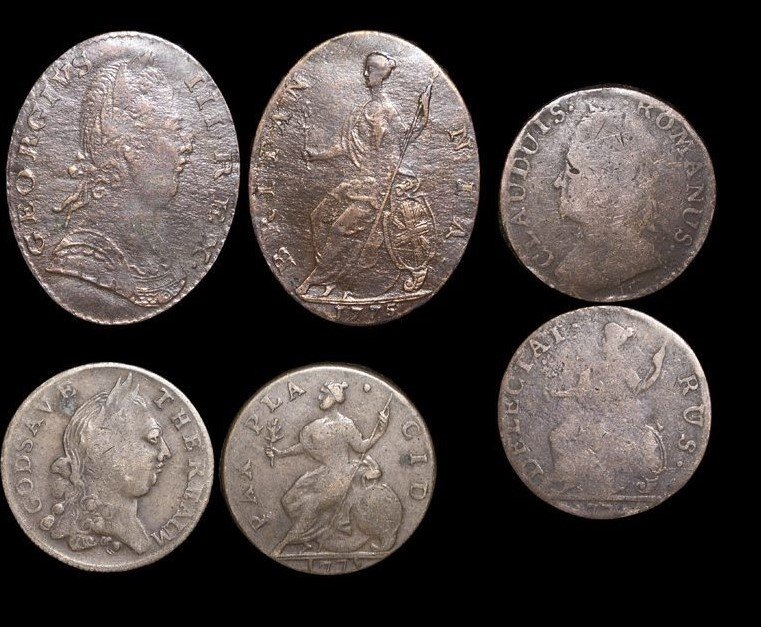 A few Evasion Tokens. The one at the upper left is unusual -- the design is of an actual 1775 halfpenny, but it was struck elongated into an oval. It's not clear how well this circulated, or what the authorities might have thought about it.
Top 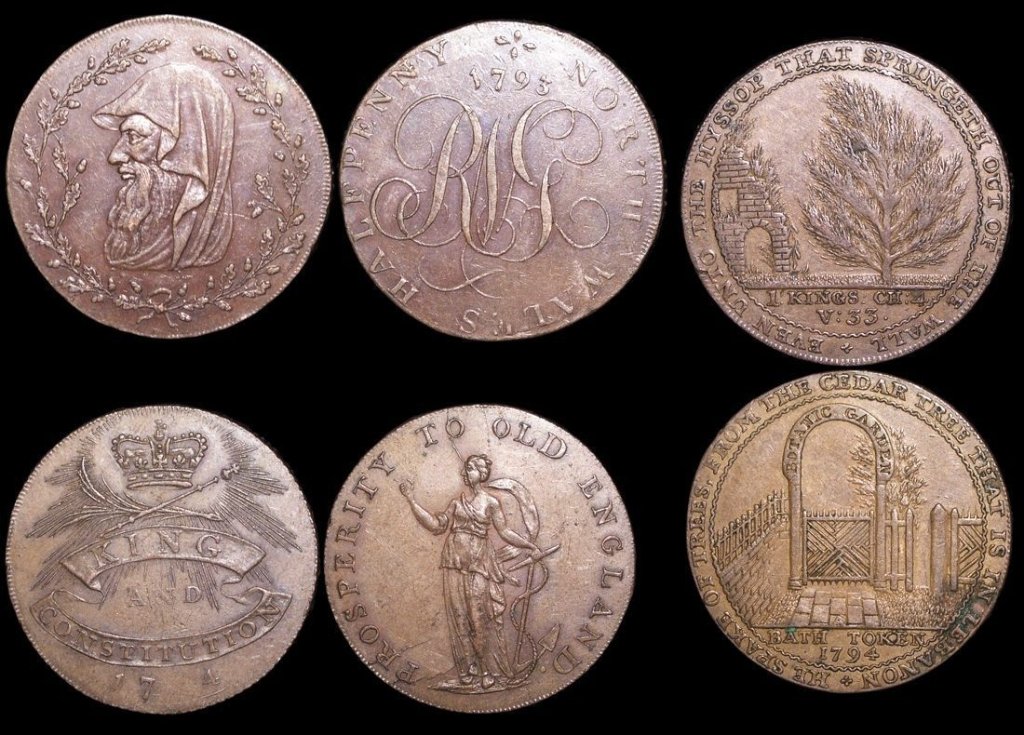 Some Conder Tokens. The one at the upper left is a later issue of the first type, the original being from 1787. The token at the lower left is an interesting variety -- the "9" in "1794" is always weak on this issue; on this example, it is completely missing. Die maintenance was a bit careless on these.
Top

makielb
I was online for our Birthday Number 5!

Fun thread, thanks for the information. Now I have to look through my old British coins.
Mike
Why do we need perforations? Scissors are cheap!
Top

You can see a good many of them here: