1958 US Guided Missile Rocket Mail experiment did it arrive?

1958 US Guided Missile Rocket Mail experiment did it arrive?

I found this passage in a book of trivia and I wondered if anyone could tell me if it is actually true and if so did any of the letters get delivered.

On June 8, 1958, in a move postal officials heralded as "of historical significance to the peoples of the entire world". the navy submarine USS Barbero fired a guided missile carrying 3000 letters at the Naval Auxiliary Air Station in Mayport, Florida. "Before man reaches the moon," the official was quoted as saying "mail will be delivered within hours from New York to California, to Britain, to India or Australia by guided missiles."

History proved differently, but this experiment with missile mail exemplifies the pioneering spirit of the Post Office Department when it came to developing faster, better ways of moving the mail.....How ever, they don't mention if the 3000 letters were ever delivered.
Top 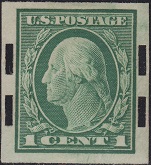 Re: 1958 US Rocket Mail experiment

There are many Rocket mail covers about so yes, these did actually take place and the covers get decent money.

Here is some kind of label I found in a box of Stamps from 1935.

"When I die, I want to go peacefully like my grandfather did–in his sleep. Not yelling and screaming like the passengers in his car."
Top

There's a theme I would like to start collecting. Thanks for posting the images.
Top

Threemorewishes wrote:There's a theme I would like to start collecting. Thanks for posting the images.

Could this be considered a theme? Could enough stamps be found to make a collection? (I know there are ducks, important people, flowers, places, states, important events...etc)

We are all pawns in the Kings' game of chess, least we lose our heads.
-self
Top

There are more than enough items out there to fill pages for an exhibit....all you have to do is acquire them

Here in Oz, there were several tests carried out in Queensland during the '50s(? unsure of the exact dates) and some of the markings show "damaged by rocket" (when it unintentionally exploded), "damaged by water" (falling short of it's intended target, and landing in (?) river), and similar.

I've seen many cachets (don't own any) from trials carried out in Australia; I'm sure there'll be a few people who can expand on this theme.
FORESTS OLD, PASTURES NEW
"Truth is stranger than Fiction, but that is because Fiction is obliged to stick to possibilities; Truth isn't." MARK TWAIN
Top

Whilst off topic, Rocket mail is a thematic / topic collected in Australia:
From Local Stamps of Australia, by Bill Hornadge (1982):

Re: 1958 US Guided Missile Rocket Mail experiment did it arrive? 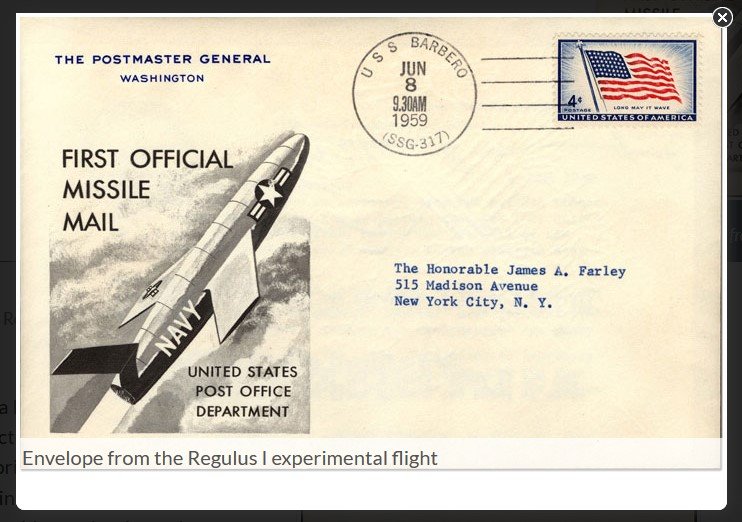 On June 8, 1959, the US Navy fired a Regulus I missile from the USS Barbero (SSG-317) and directed it to land at the Naval Auxiliary Air Station at Mayport, Florida, near Jacksonville. While the sub was docked at Norfolk, Virginia, Postmaster General Arthur Summerfield helped place two blue and red metal containers, holding 3,000 letters, inside the sub’s missile prior to the flight. 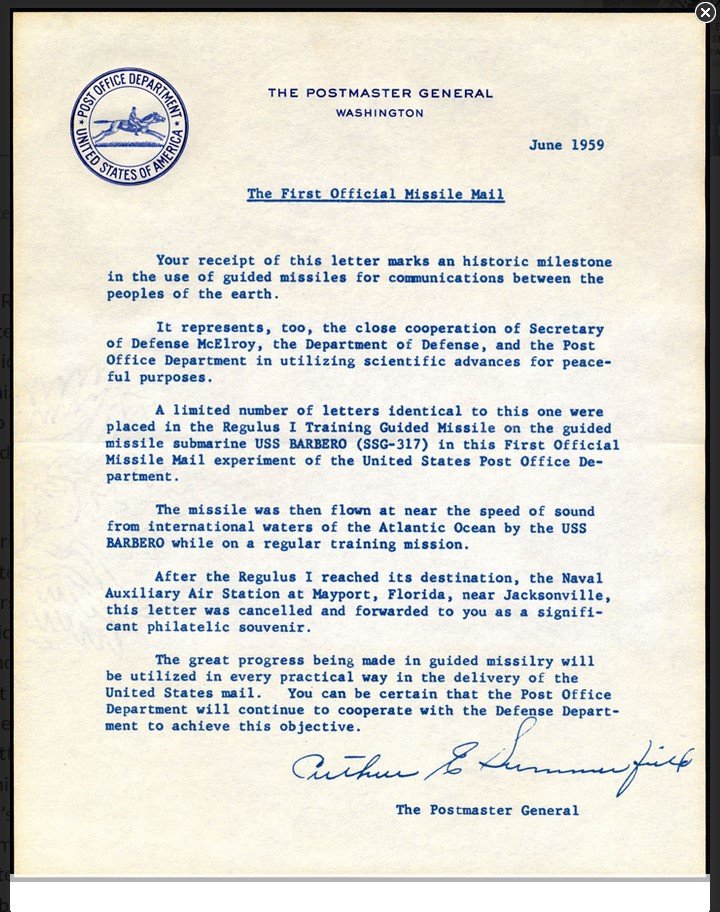 The missile was fired from the submarine shortly before noon and arrived at Mayport twenty-two minutes later. The 3,000 letters inside the missile were identical letters from the Postmaster General that were addressed to President Eisenhower, Vice President Nixon, cabinet members and top federal officials, all members of congress, Supreme Court justices, U.S. governors, postmasters generals from around the world and the officers and crew of the Barbero. Summerfield’s letter was an enthusiastic announcement of the experiment, which had not been publicly announced beforehand. Summerfield’s office received several letters from stamp collectors who complained that they had not been given the opportunity to place items aboard the flight. In the four decades since the flight, some of the Regulus I letters have found their way into public hands. Some made their way to dealers that year and were sold at over $100. The letter addressed to the secretary of the Smithsonian Institution remains in the National Postal Museum’s collections. 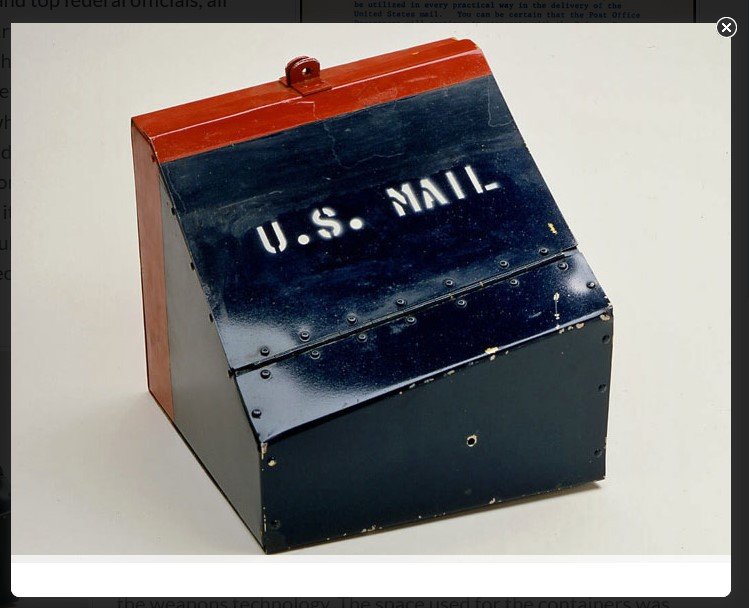 Ostensibly an experiment in communication transportation, the Regulus’ mail flight sent a subtle signal that in the midst of the Cold War, the US military was capable of such accuracy in missile flight that it could be considered for use by the post office. The missile employed a then state-of-the-art guidance system that could precisely deliver a thermonuclear weapon from a distance of 600 miles. The trip from the USS Barbero to Mayport was only 100 miles in distance, but it helped to illustrate another possible use for the weapons technology. The space used for the containers was space that was originally designed to hold the missile’s nuclear warhead. 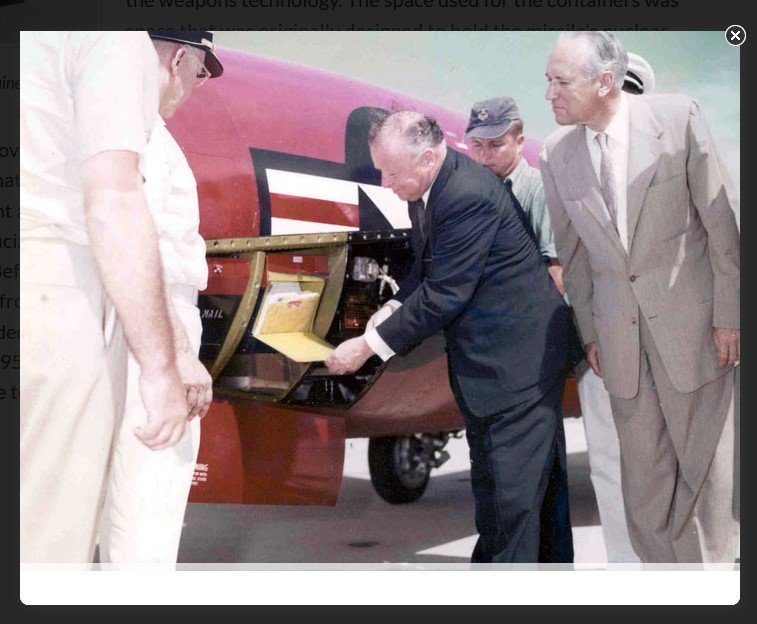 Postmaster General Summerfield was ecstatic over the possibilities of postal uses for the technology, claiming that “This peacetime employment of a guided missile for the important and practical purpose of carrying mail, is the first known official use of missiles by any Post Office Department of any nation. Before man reaches the moon, mail will be delivered within hours from New York to California, to Britain, to India or Australia by guided missiles.” Summerfield’s enthusiasm notwithstanding, the 1959 USS Barbero test firing was the only incidence of using a missile to carry mail in the US. 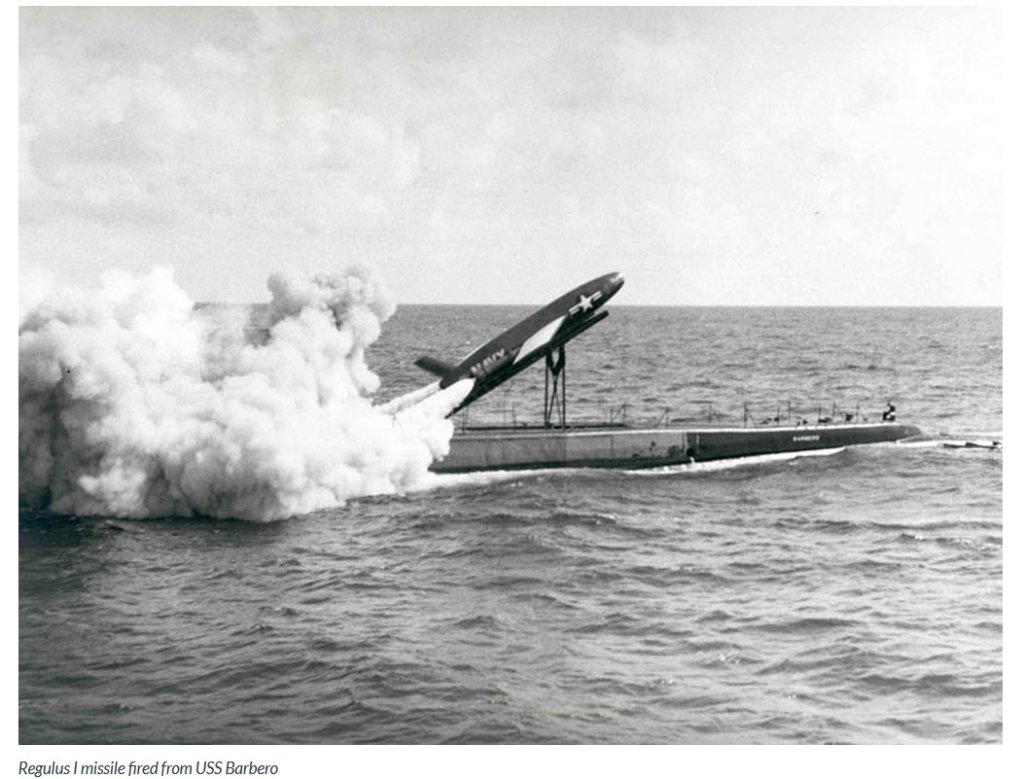 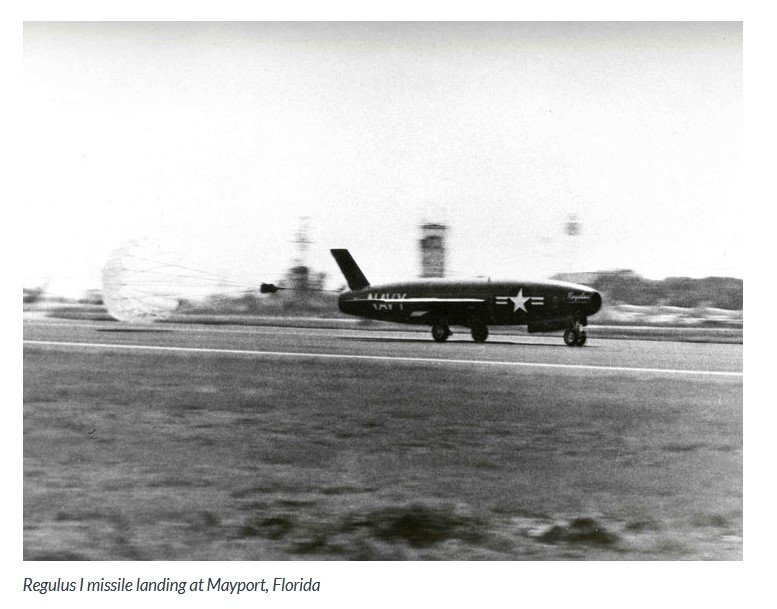 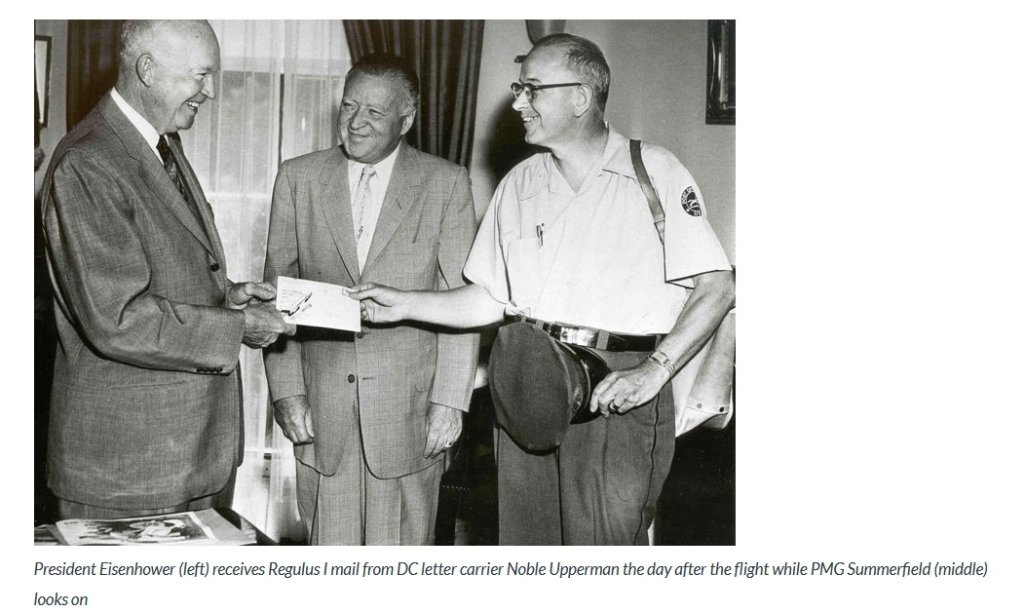