.
The higher value KGV heads are the easiest to allocate an imprint or monogram to the plate from which it was printed. Sourcing such imprints is not as easy as several are rare to extremely rare. 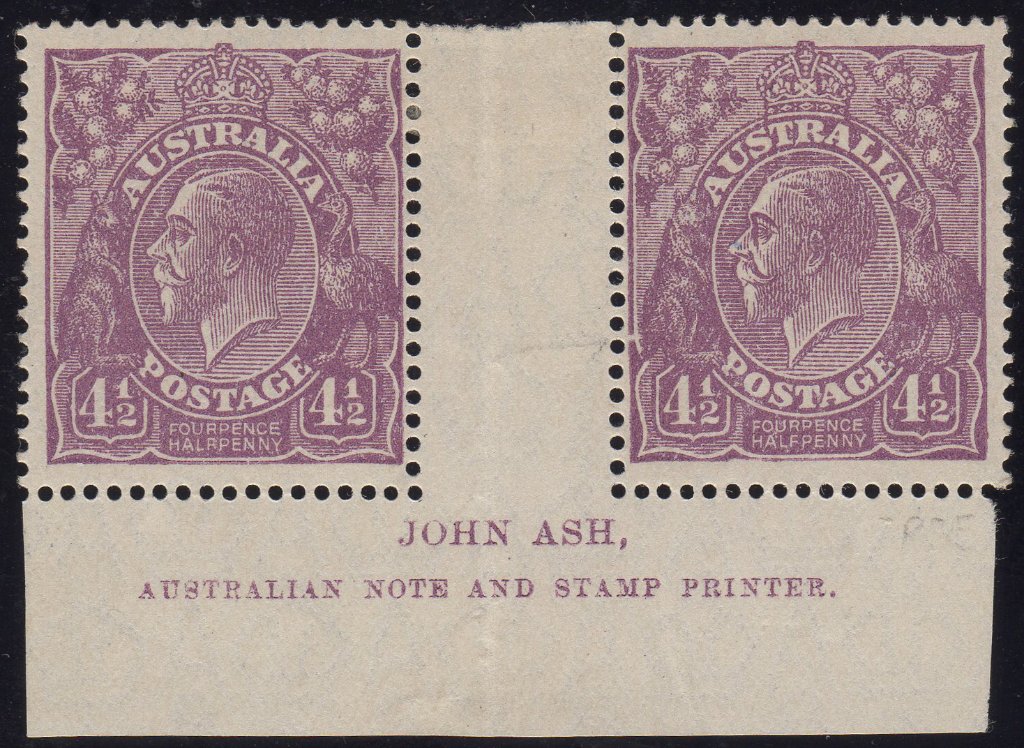 Note that the perforation layout may differ even though it is the same plate.

Ash used two new plates for the Die 2 stamps, which although never officially issued without the 5d surcharge, have nevertheless inadvertently reached the philatelic market. Imprints are very rare. 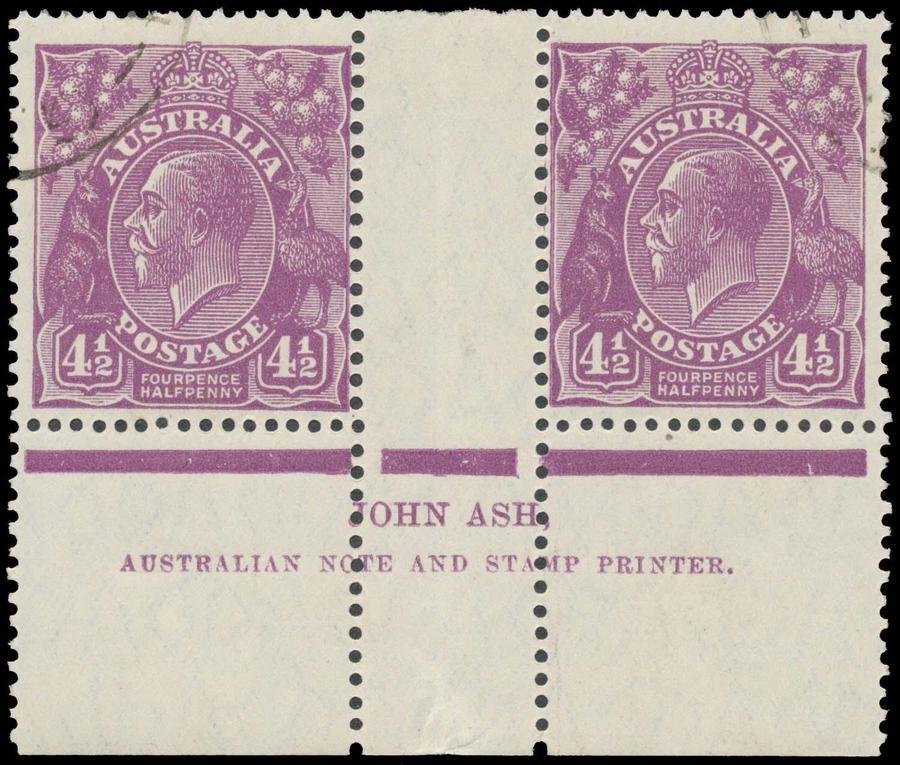 Note the letters in the value tablet are more pronounced, and it has a faint white border on the left hand side, which are defining characteristics of the die.

This value was no longer needed by the time the C of A watermark came into use.
.
Top


There is little to cause difficulty in allocating imprints and monograms for this value.


All the Die 1 stamps are from the same plate.
However some caution is needed distinguishing the Cooke CA monograms for the line perf issue (ACSC 122).
In the early printings it was located under 1L56, but was later moved to under 1L57.

Single monograms can be identified both by the characteristics of the jubilee line and the presence or absence of stamp flaws. 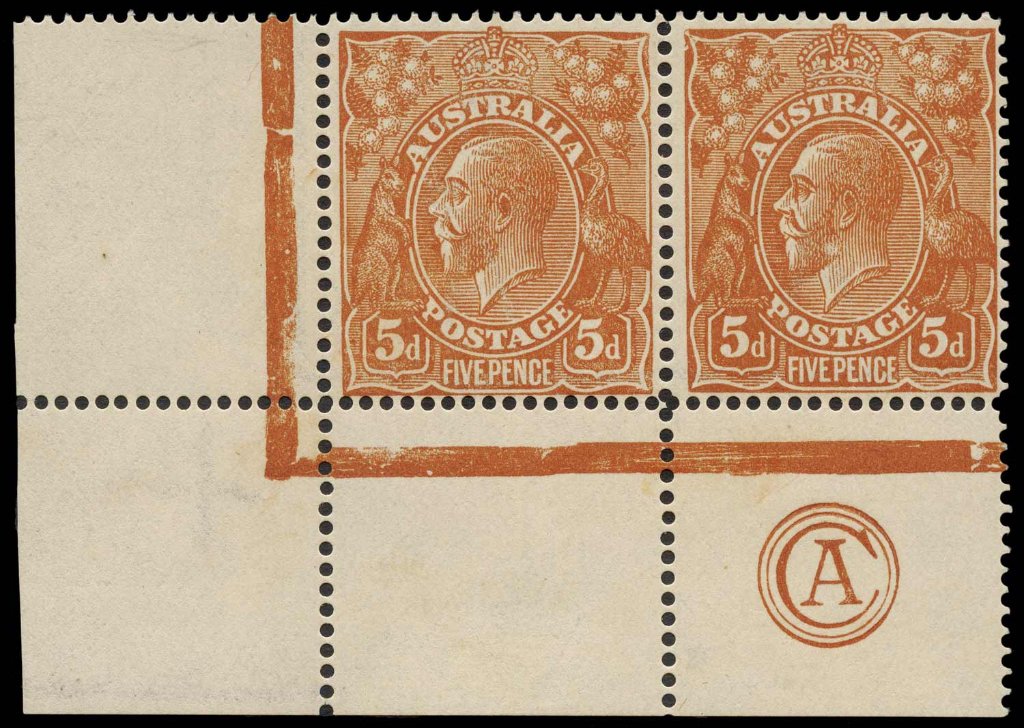 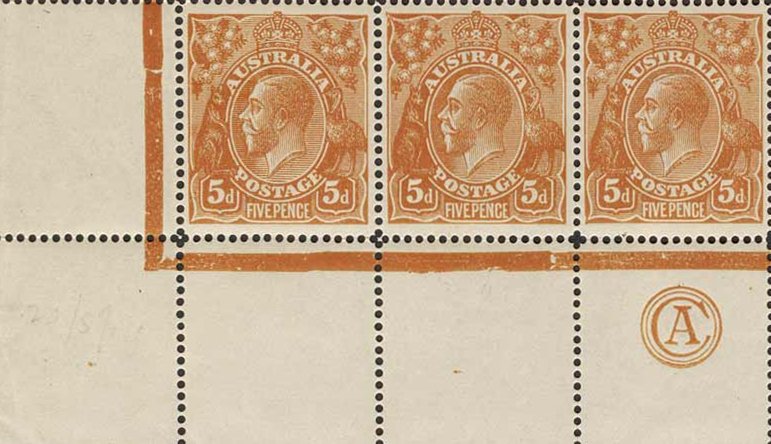 In the comb perf issue (ACSC 123) the CA monogram was always under 1L57 and corner strips of three are rare.

Care is also required in distinguishing the imprints of the Die 2 CofA watermark (ACSC 127).
Ash utilised his N over N imprint on both plates. 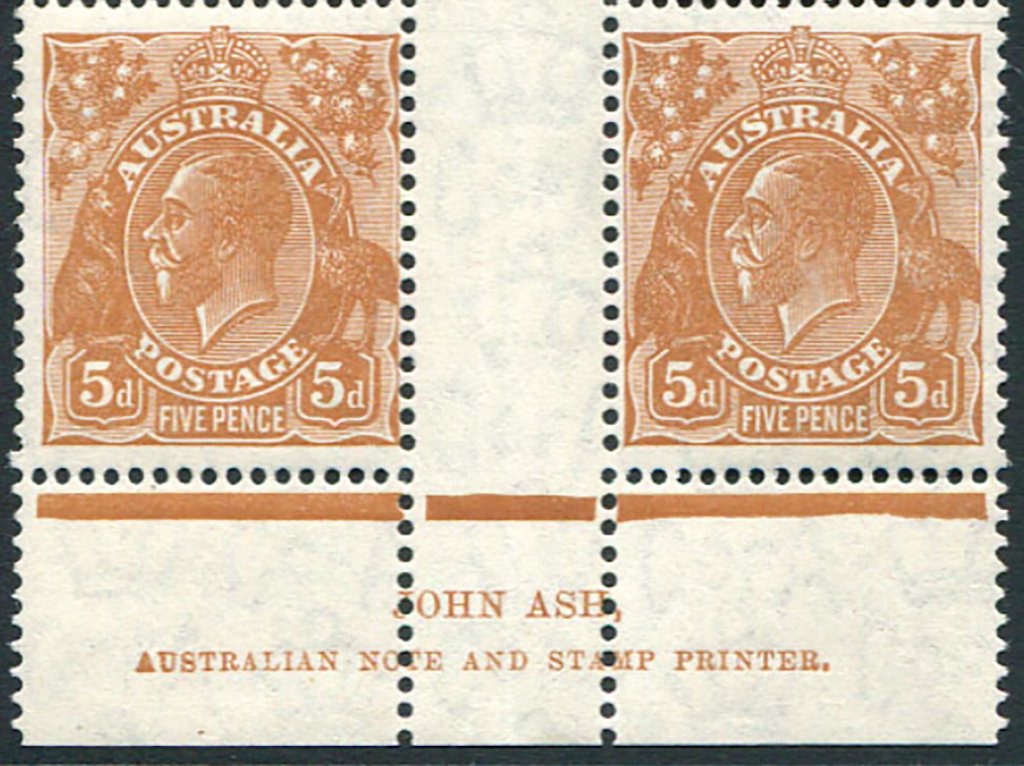 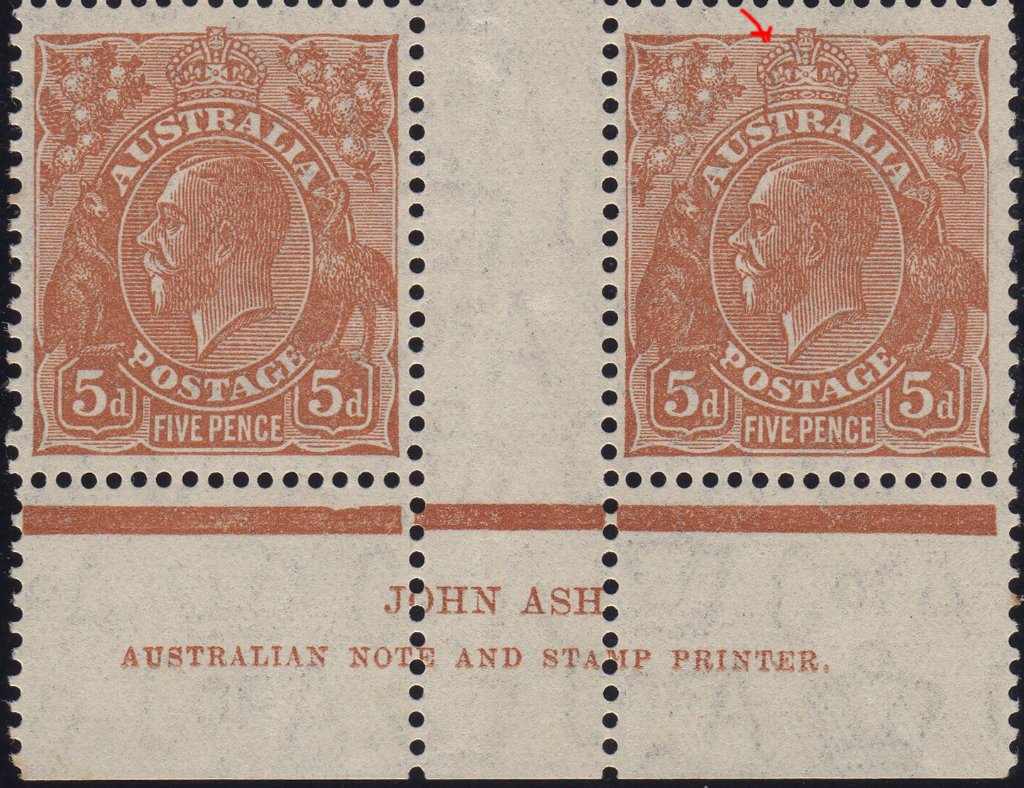 Here the top left pearl is broken in 3R55.

All 1/4d values were printed from the same plate.

Full Harrison imprints are somewhat rare, as many had the lower line of the imprint guillotined off before release.
Top
Post Reply
3 posts • Page 1 of 1