This value was first issued 1 May 1924, six years after Cooke retired, so there are no monograms.

Plate 1 can be identified by a horizontal flaw on 1R55, halfway up the right-hand side of the right value shield. 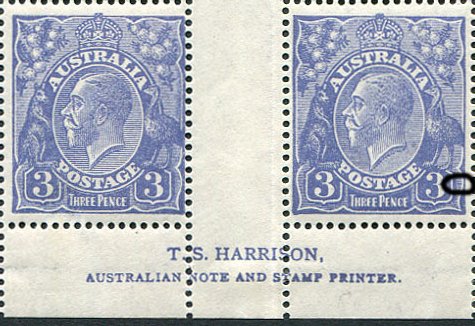 Plate 2 can be identified by a horizontal blue flaw on 2L60, separating the base from the rest of the “T” in “Three”. 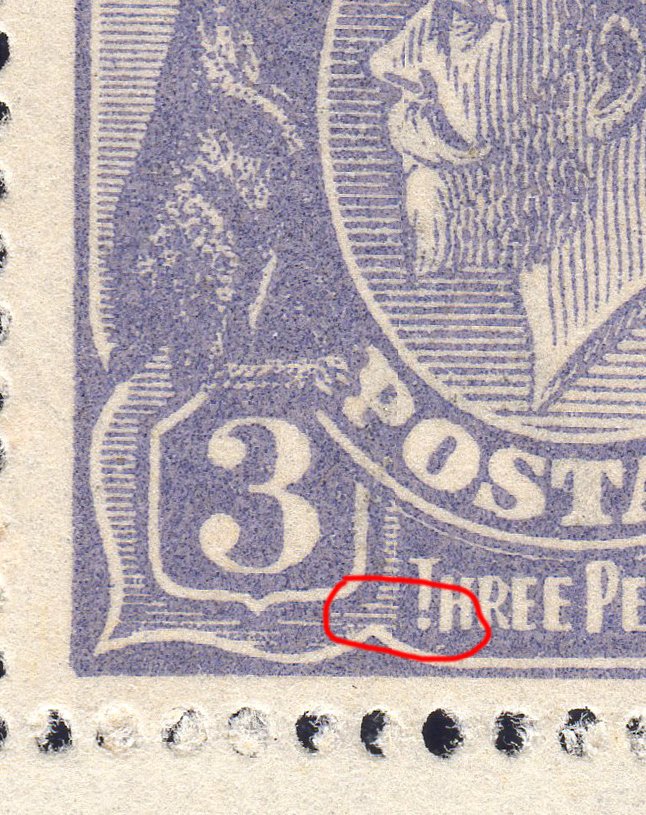 Mullett prepared two new plates for his printing of this value in both single watermark (ACSC 105) and SMW perf 14 (ACSC 106) using his two-line imprint. L60 is type A and R55 is type B.

Plate 3 can be identified by a spot of colour on the oval next to the emu on 3L60. 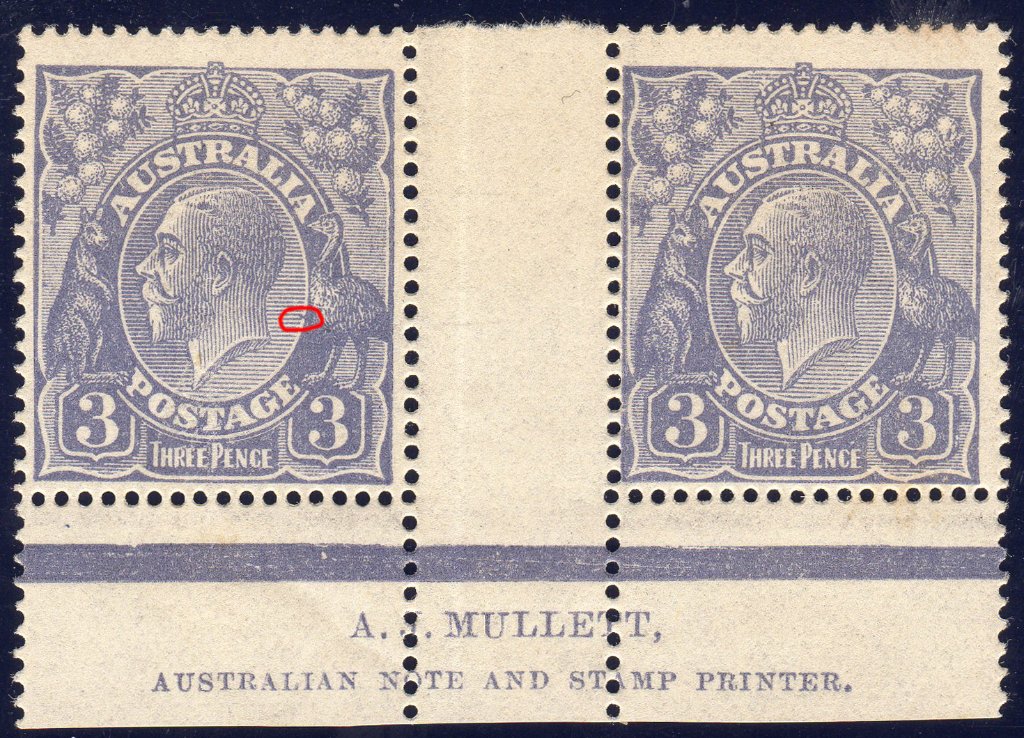 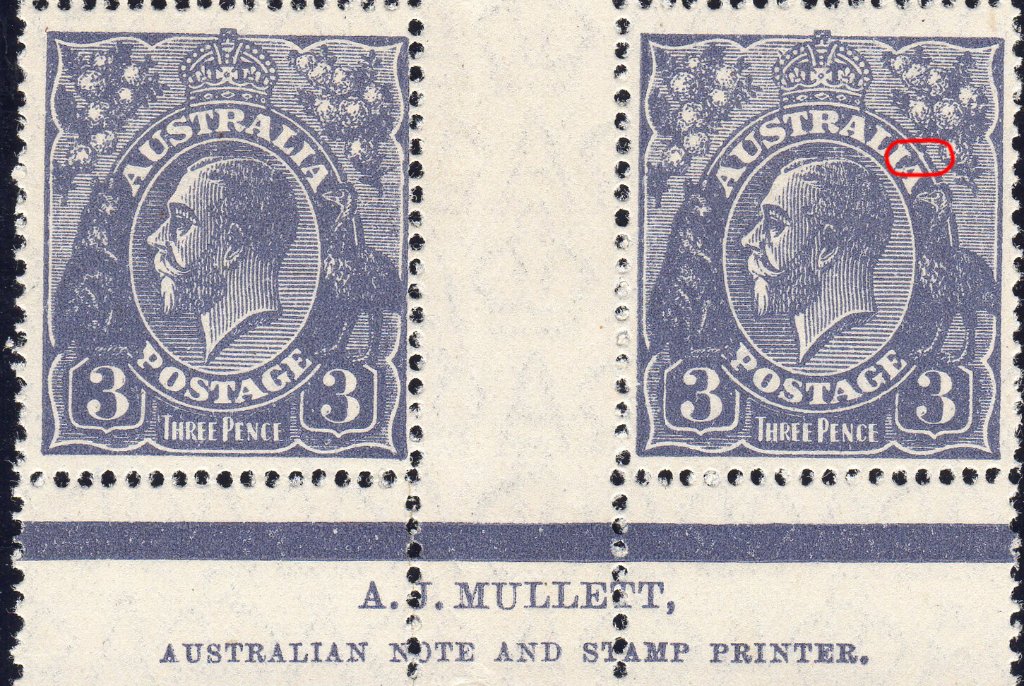 The Ash Imprints
Plates 3 and 4 were also used by Ash for his first two SMW Perf 13½ printings (ACSC 107). As both plates utilised his N over N imprint the flaws are need to distinguish between them.

Compare plates 5 on the left and 6 on the right

Also, on plate 5 the LHS of the top of the gutter marginal line is rising, whereas on Plate 6 the RHS of the gutter line has a chunk out of it and the edge is not vertical.

Ash prepared two new plates utilising his N over A imprint on his printings on C of A watermark paper for both(ACSC 109 and 109OS).

Plate 7 can be distinguished by shading breaks on 7L60 behind the Kangaroo and at the bottom of the left wattles. The gutter marginal line also has a distinct toe on the lower RHS. 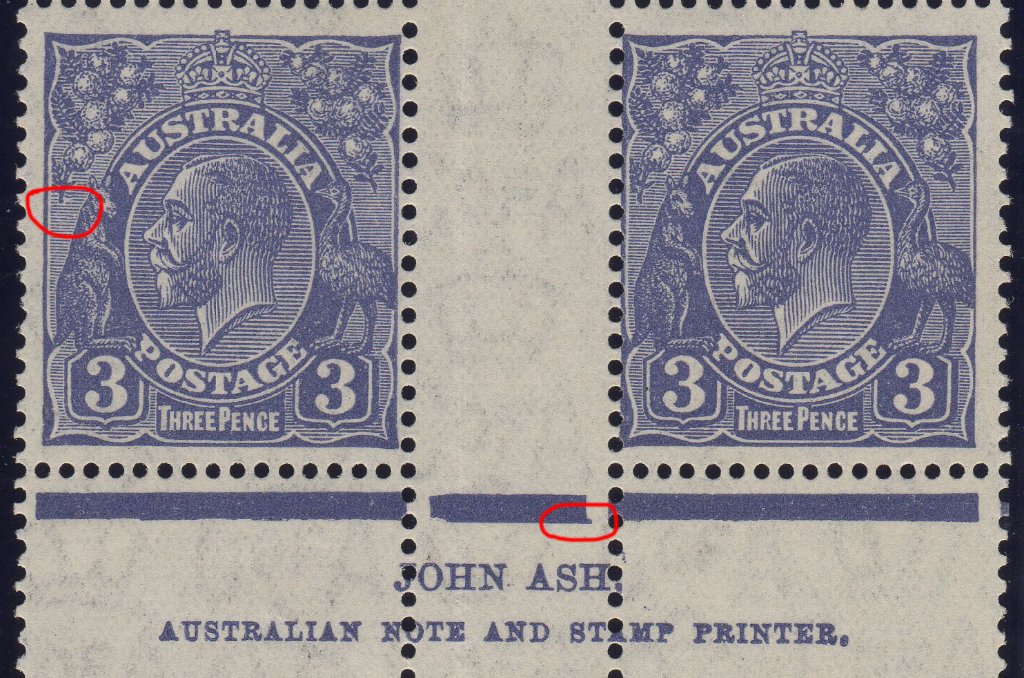 Plate 8 has none of the plate seven flaws but can also be identified by the compartment lines adjacent to the SE corner. 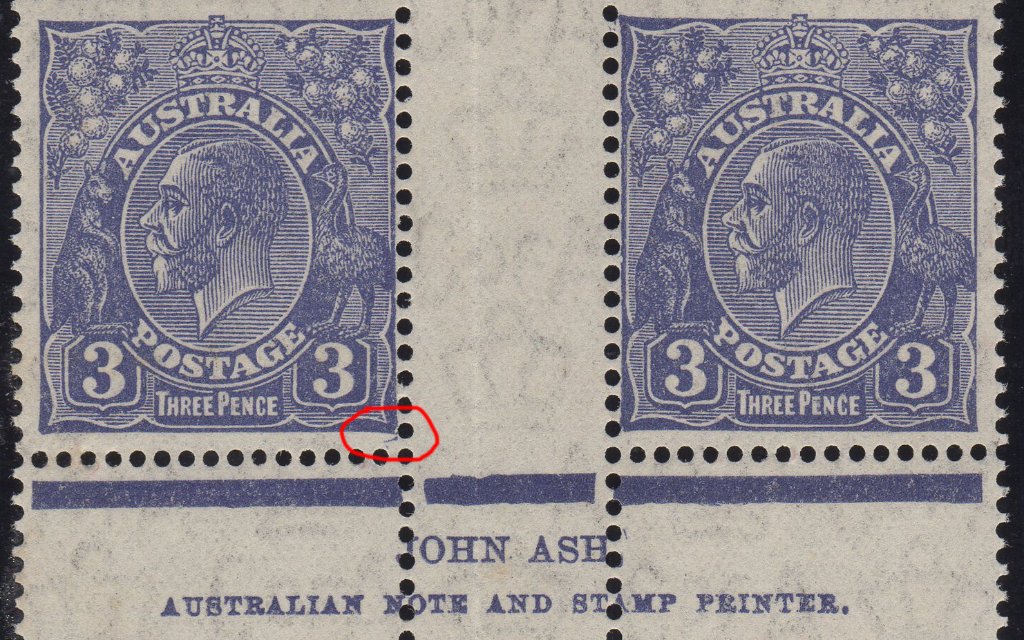