This was in my PO Box when I went there this morning: 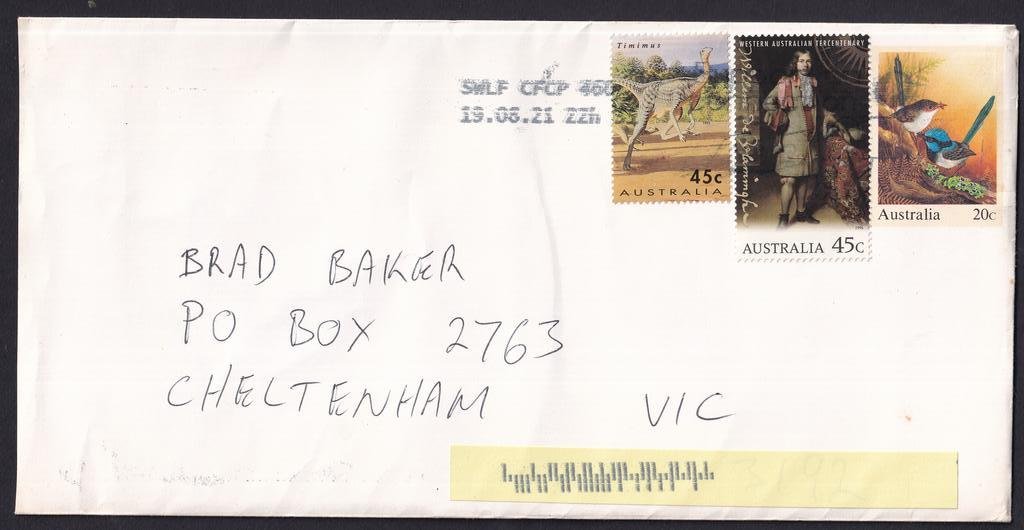 
This one was one that I did not realise I didn't have as it was not on my list of fdi postmarks. Thank you very much for finding this one for me.

Engadine is a suburb in southern Sydney, NSW. Engadine is located 33 kilometres south of the Sydney central business district, in the local government area of the Sutherland Shire. It has a population of 17,375 (2016 census).

Another arrived from an eBayer in the UK: 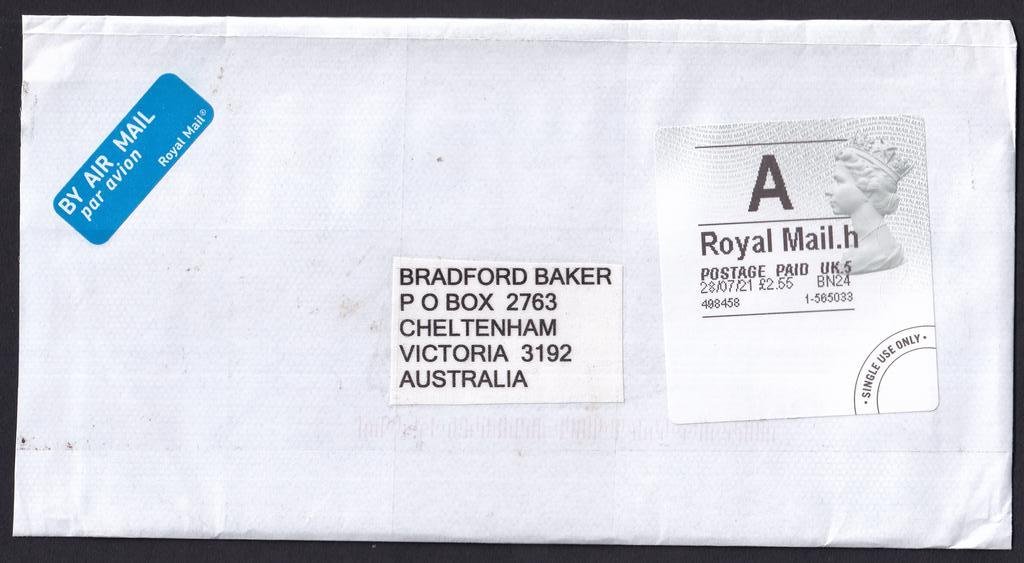 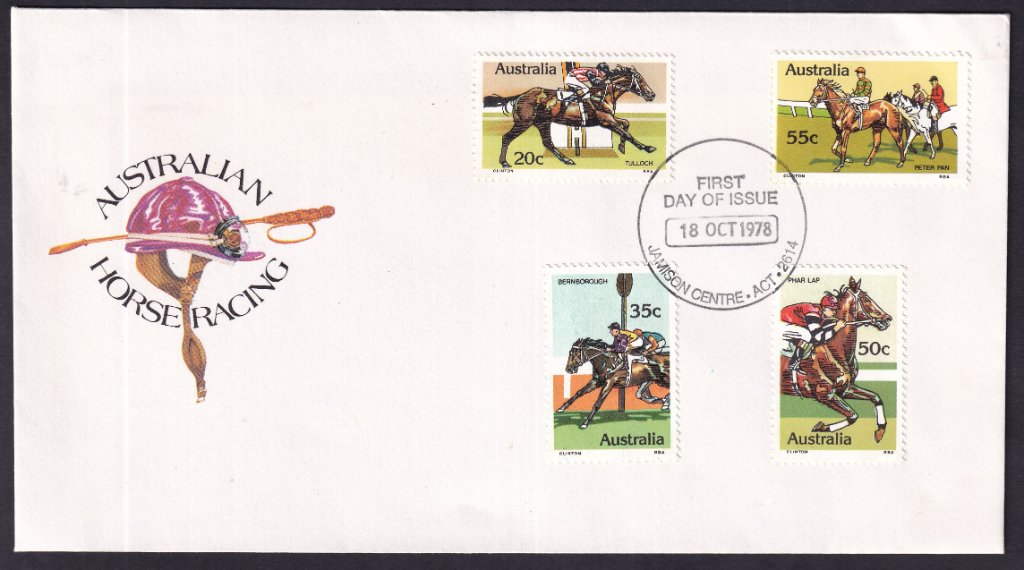 Jamison Centre is a large shopping centre located in Belconnen's eastern suburb of Macquarie, Australian Capital Territory. Built in 1969, Jamison Centre was the first shopping development in the Belconnen district, preceding the Belconnen Town Centre by nearly a decade. It was named after Thomas Jamison (1752/53–1811), a First Fleet surgeon and prominent landowner, government official and mercantile trader of the colonial era.

PS - By my count I am within one post office of completing the Australian Capital Territory section of this collection. Campbell is the only ACT Post Office I don't have.

There are of course still a lot of post offices from other States & Territories I don't have. 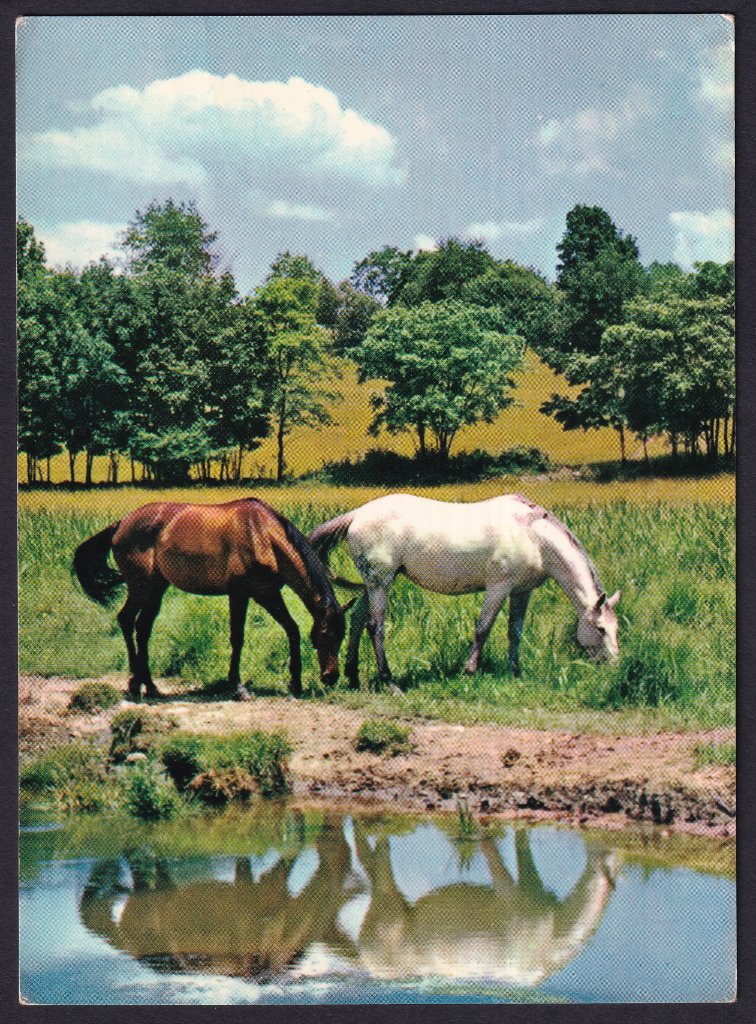 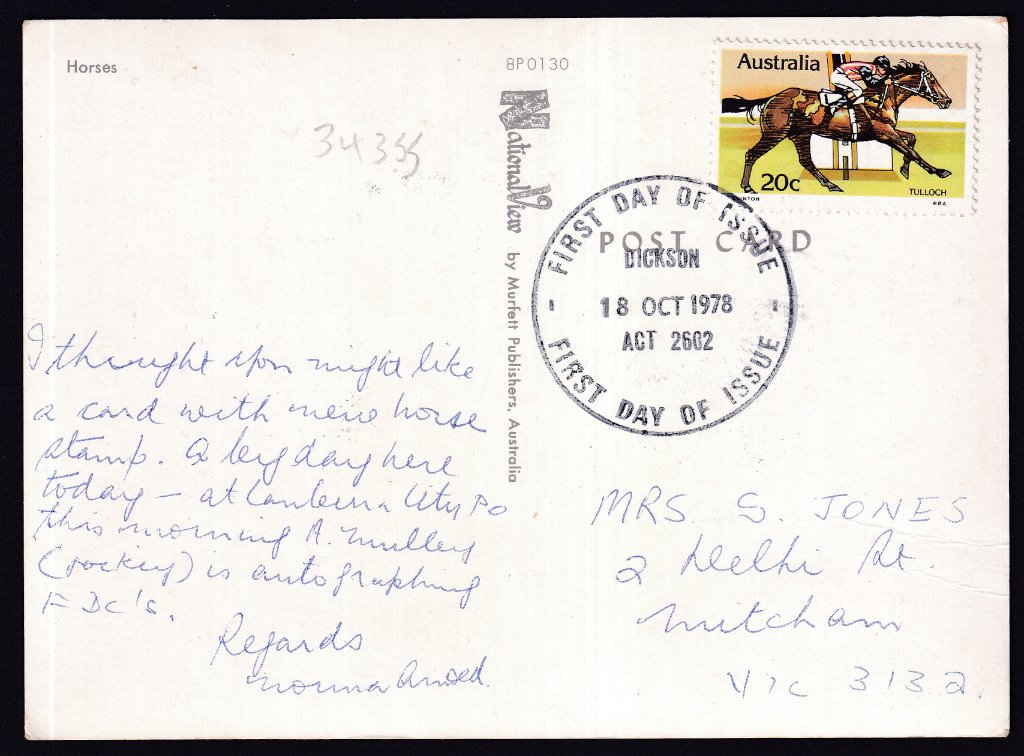 
The sender mentions a jockey signing fdcs at Canberra City PO, that jockey was Athol Mulley.

Athol Mulley was the rider of Bernborough (35c horse racing stamp) who he rode to victory in 15 consecutive races. 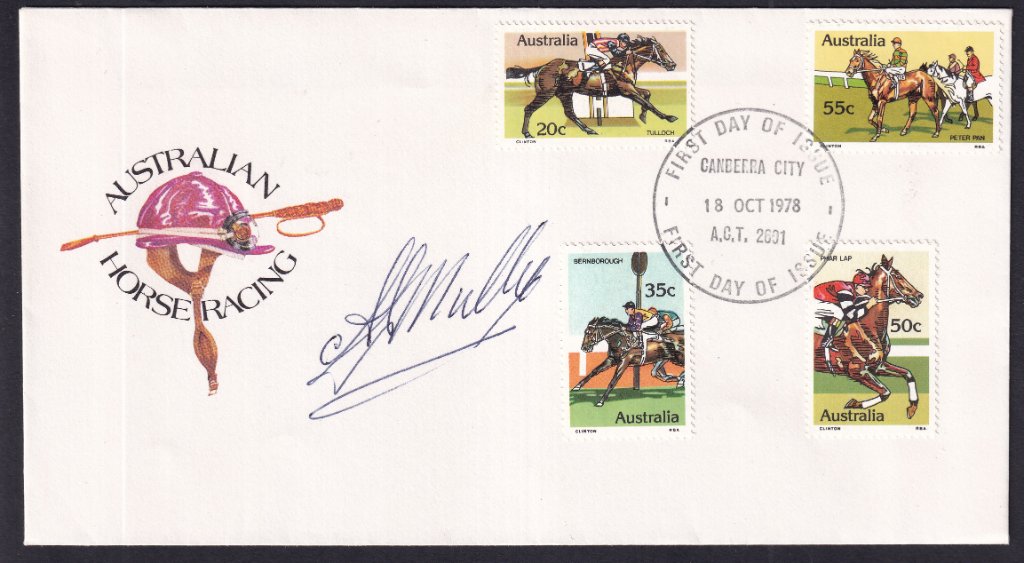