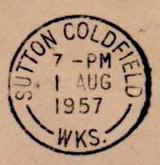 Reference the Alan Wilson Machin Catalogue – I have just purchased a small collection of Machins all with AW reference numbers.

Would any members have copy of an AW catalogue who could help with the references or know of any for sale?

Your help would be much appreciated.

Show us a few - you are supposed to illustrate any new thread.
Top 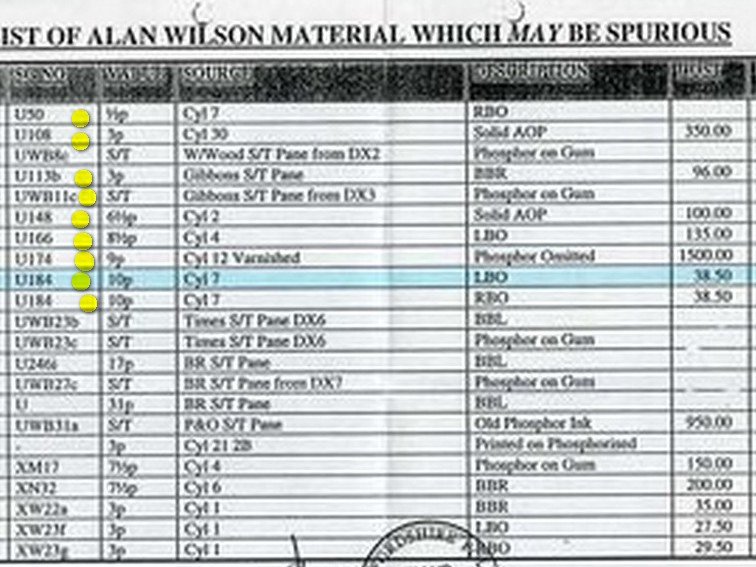 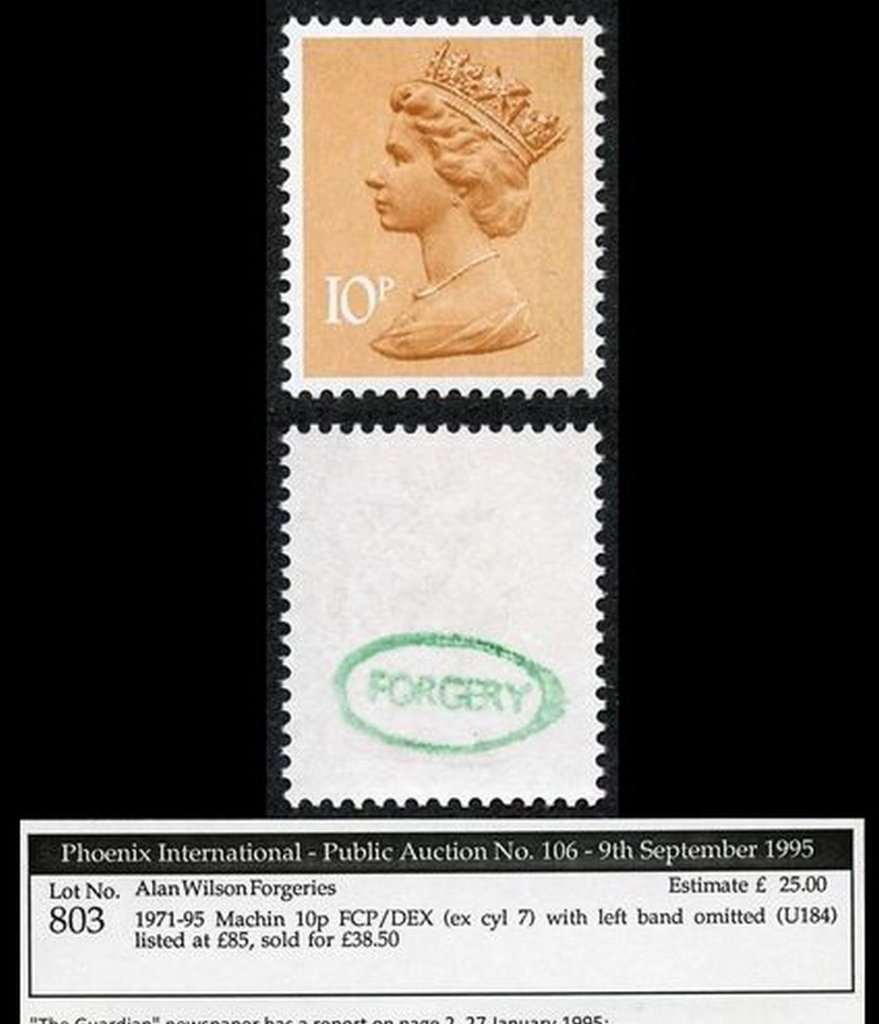 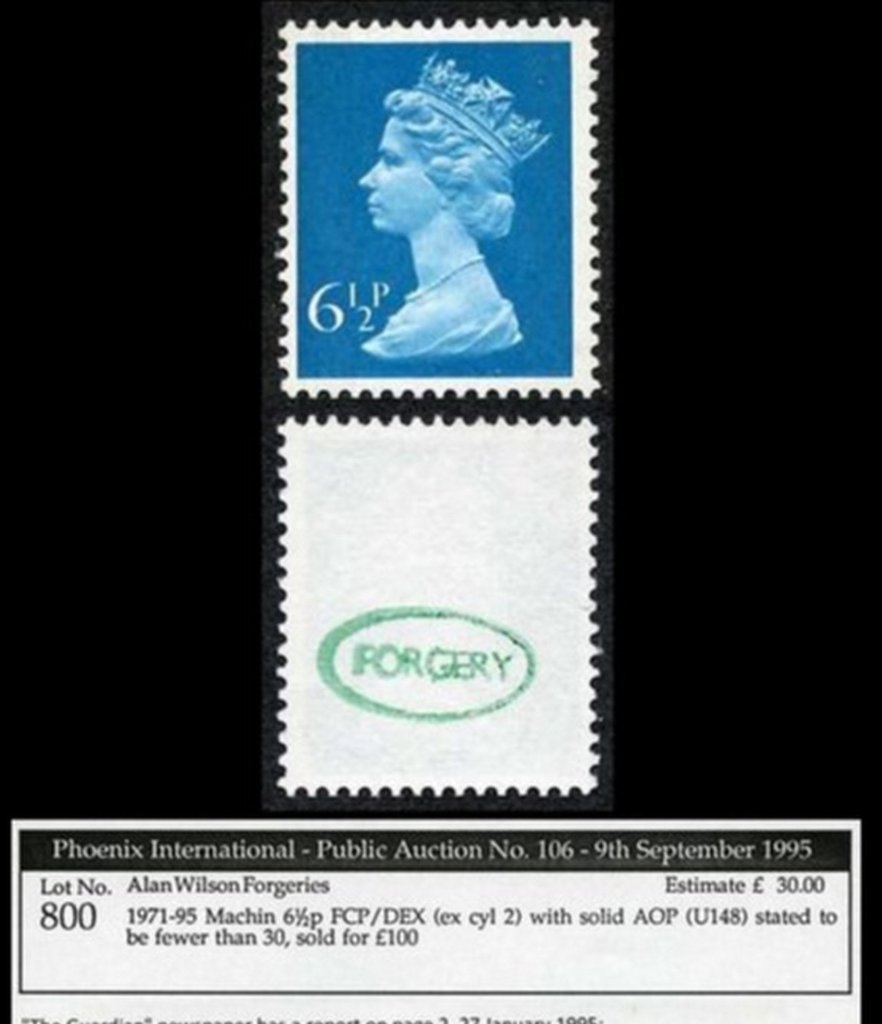 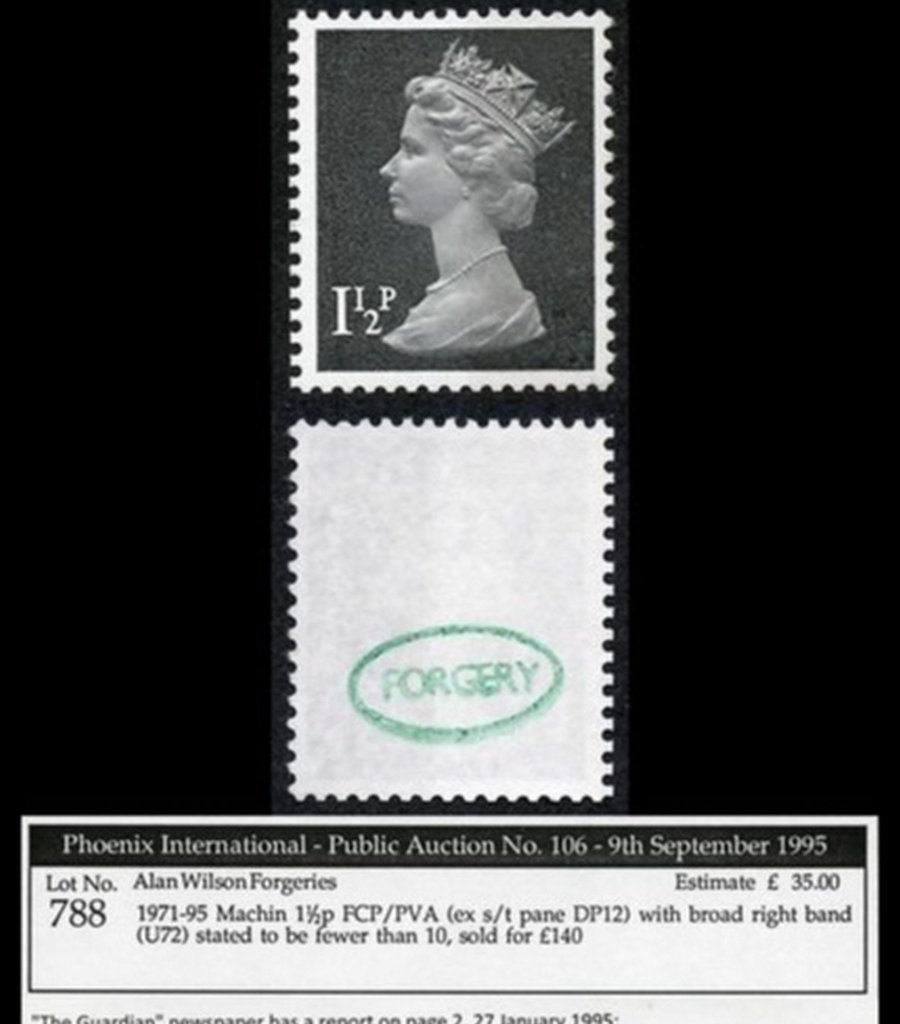 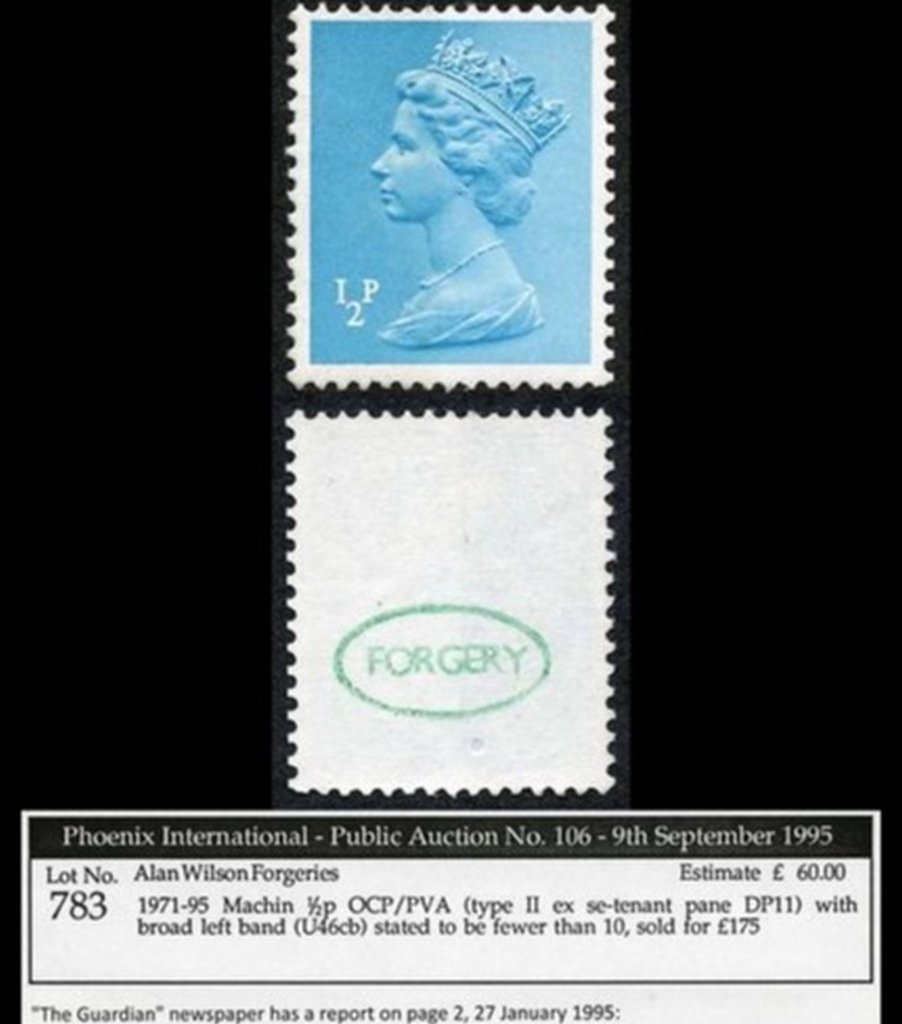 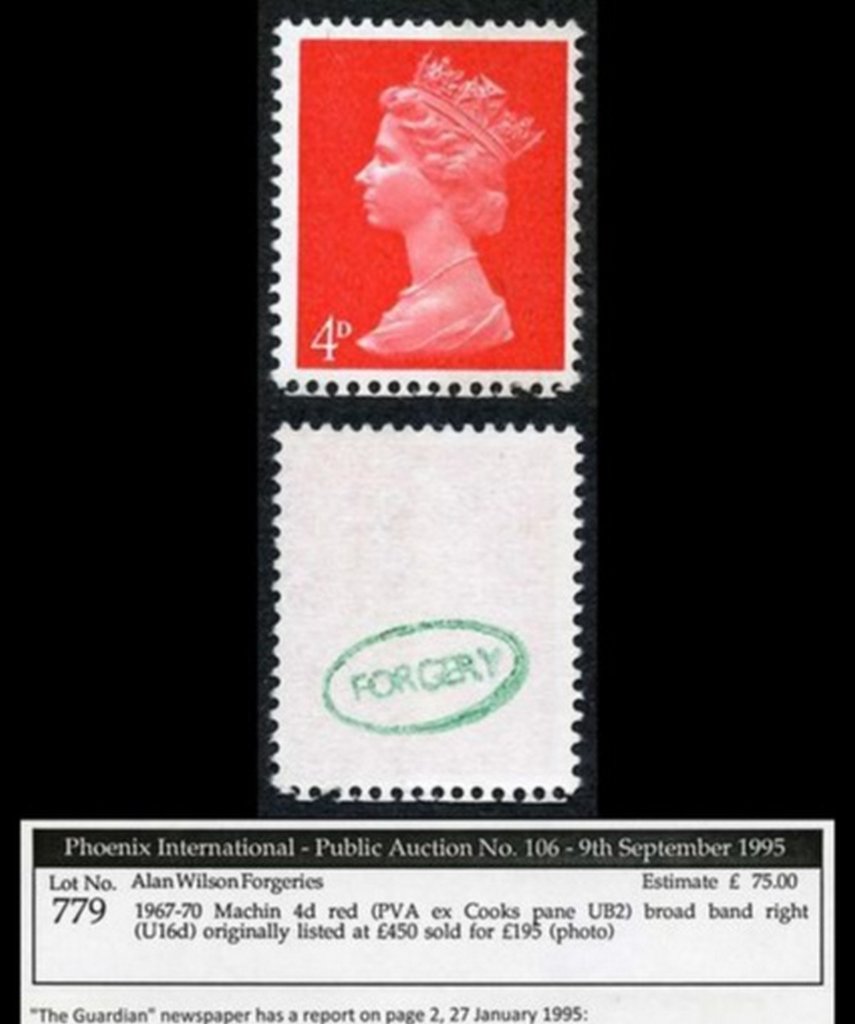 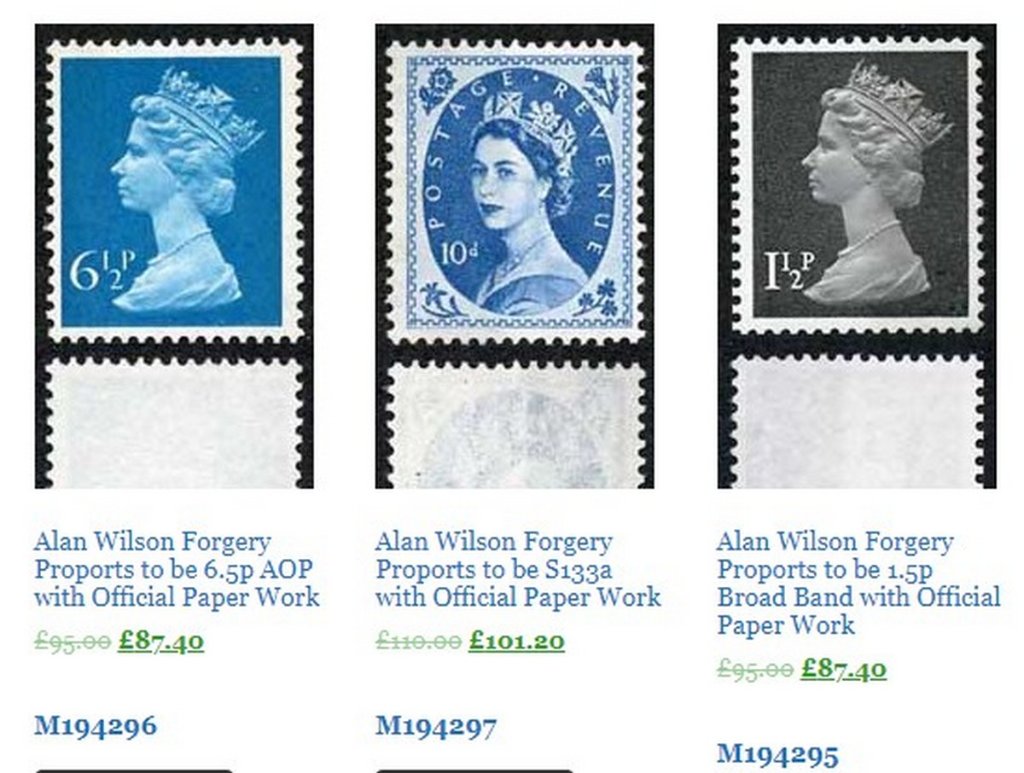 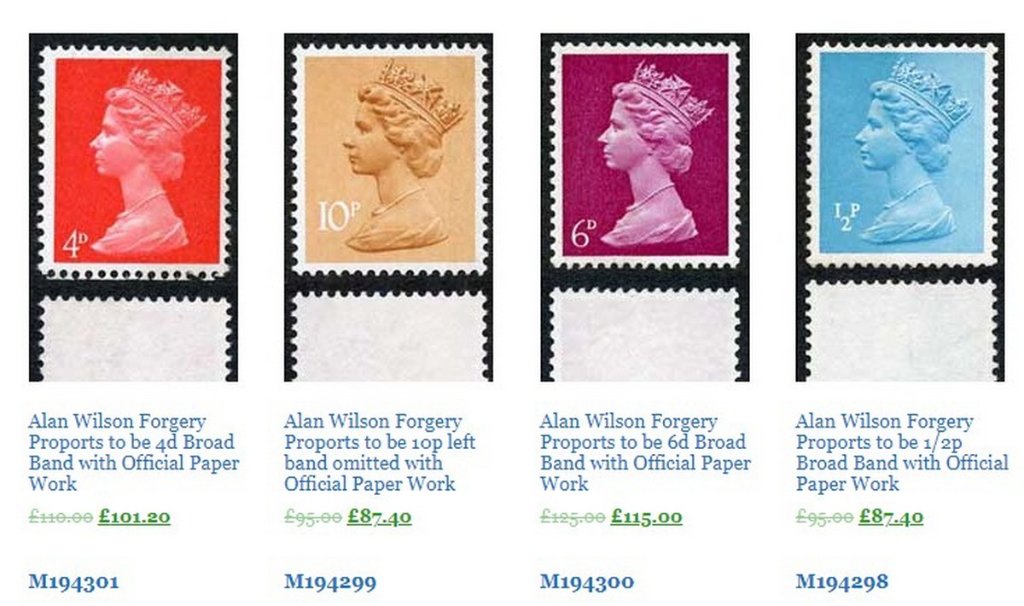 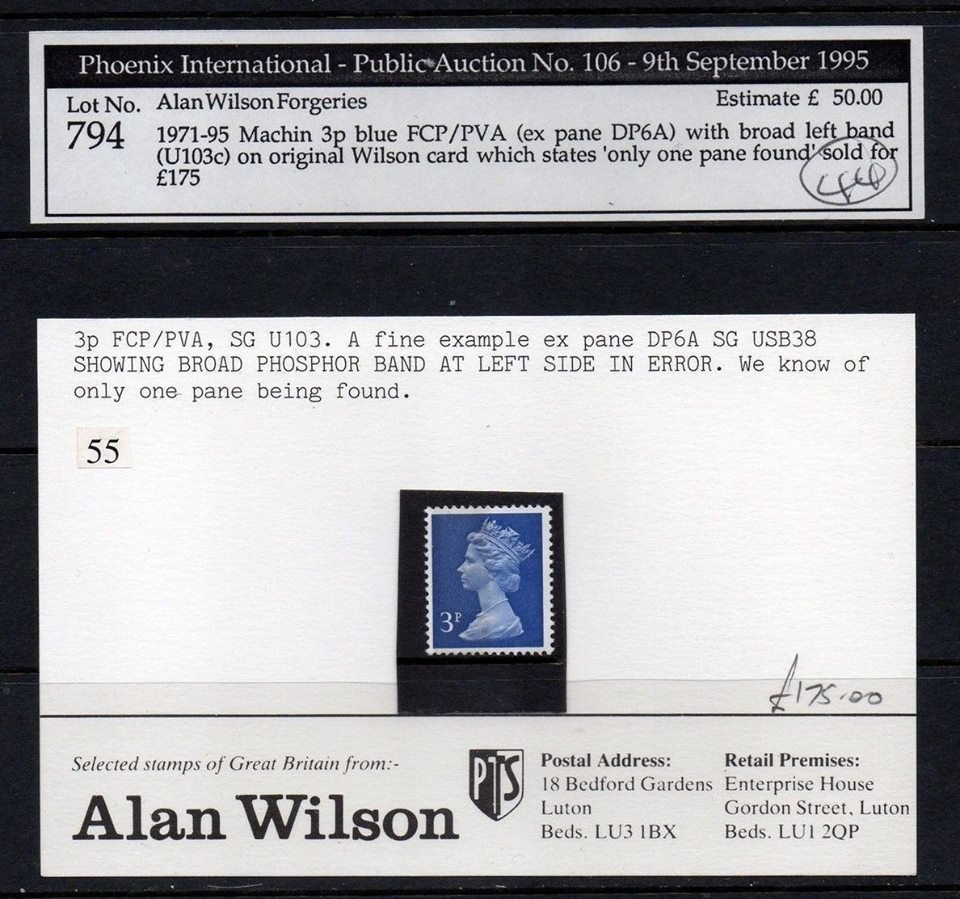 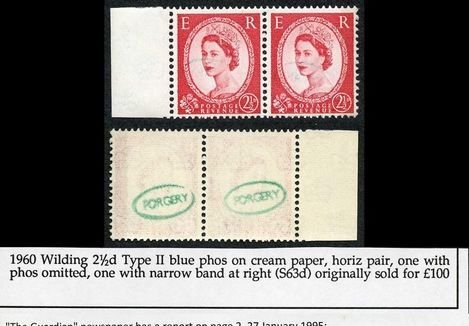 AdrianC wrote: ↑
28 Jul 2020 03:33
Reference the Alan Wilson Machin Catalogue – I have just purchased a small collection of Machins all with AW reference numbers.

Would any members have copy of an AW catalogue who could help with the references or know of any for sale?

Your help would be much appreciated.


It is many years since the Machin Collectors Club Catalogue was referred to as the Alan WIlson catalogue, and I wasn't aware of the connection. The current catalogue may be purchased here: http://www.machins.org/

So, many of these are described as Alan Wilson Forgeries. Does that mean that all these with Wilson's name attached are fogeries?

I have looked through various sources and all I can find is that
"He was a prominent specialised Machin dealer, but strayed from the straight and narrow when he started creating varieties and selling them as new discoveries at premium prices. In the end the law caught up with him and he came clean. Apparently he reimbursed all those who bought the dodgy stamps, but many remained 'out there'. Largely it was unusual phosphor varieties"

What's the history? IS there anything else online which describes the case and the individual.
I wonder why the MCC still associates itself with his name - possibly only because he started the catalogue; I would have thought any 'right to use' would mean that you had to keep the name, but only for so long and in circumstances where such association was less desirable surely there would be a get-out clause.
.
Ian Billings - Norvic Philatelics - Remember almost everything I picture is available, unless otherwise stated or copied from elsewhere, as I reduce a roomful of 'stuff' - just ask. GB stamps info: https://blog.norphil.co.uk, NPhilatelics on twitter, www norphil.co.uk, shop.norphil.co.uk for our e-commerce site
Top

.
I do recall PTS member correspondence about this matter years back, but do not sell Machins so did not absorb the details at all.

Firstly I must apologise to everyone who has contributed to my request for not responding untill now. I have had mental health issues that have not enabled me to post. Everything now on the right track.

Thank you for the information provided & for my initial post to be moved to the correct area & also many thanks to for the Avatar.