Official Medal for the Investiture of Prince Edward as Prince of Wales, July 13, 1911.

The medal was designed by Sir William Goscombe John, who also designed the vestments worn by Prince Edward during the ceremony. There were 5411 silver, and 129 gold medals issued by the Royal Mint. 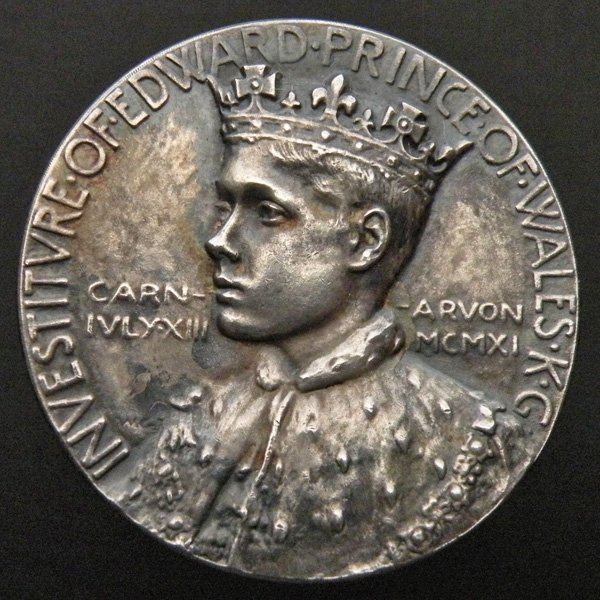 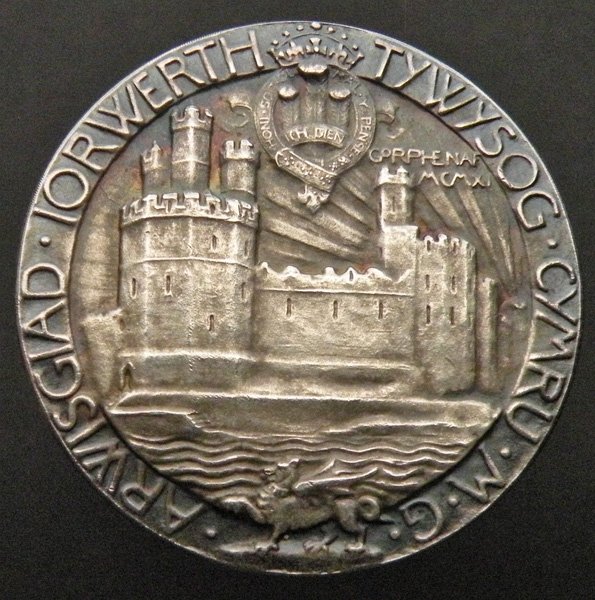 Not my subject but I like the medal. The detailed information is appreciated.
Thanks